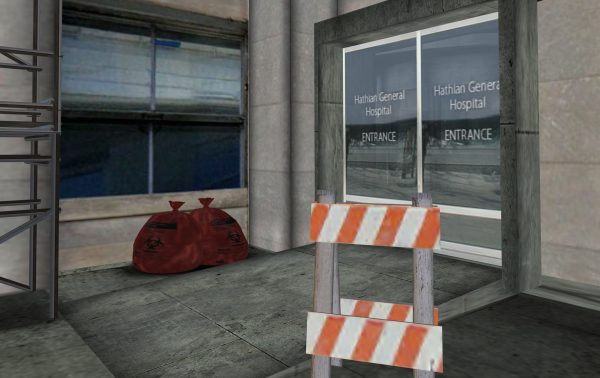 The latest rumor on the street is that a corporation by the name of KOTA is looking to privatize Hathian General Hospital in downtown Hathian. So far anyone involved in the possible change is not confirming anything; however, it seems that there may be some truth behind the gossip.

Late Thursday night, a group of business men were spotted over by the Titty Twister in the company of a Mrs. Kiyomi Hasegawa-Roth, a current employee of the establishment. However, instead of the usual entertainment offered at the TT, it seemed to be a meeting of sorts as Mrs. Roth was not in her usual attire. They were seen going over paperwork and it was supposedly overheard by an inside source that they seemed interested in the hospital and the current situation with it.

We reached out to Mrs. Roth for comment, but she declined politely stating, “The business being discussed that night was personal and that is all I am willing to say on the matter”.

Nothing is really known about Mrs. Roth other than her recent engagement to Alfred Donardson, who is a regular face around Hathian.

For now we can only speculate on the nature of this meeting and keep our ears to the ground for any more developing information on this story.

Election Results In As Shock Mayor Returns to Hathian

Happy New Year readers! Apologies for the delay in bringing you the latest Hathian slice of…

By Joanne Steel A huge explosion ripped through the offices of the Hathian Observer on Thursday,…

by J.S. Steel [I apologies for the delay in bringing you this stories due to the…