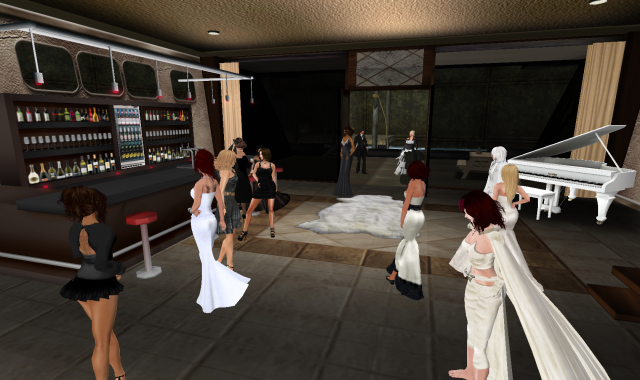 Crystal chandeliers, opulent fur rugs, open bar, live piano music, top end champagne and caviar, if you can think of a stereotypical expense of any fancy party in the movies, you will have an idea of the Grand Opening party hosted for Valmont Entertainment this evening in Black Bottom. 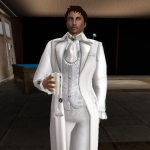 The event was hosted by Valmont Entertainment’s benefactor, Her Royal Highness Princess Lara aboard the yacht ‘Excalibur’. Celebrants arrived in dramatic style garbed in black and white to fit the event’s invitation. Those in attendance were glamorous and abuzz with excitement as the founder and CEO of Valmont Entertainment made his announcement.

“Ladies and gentlemen, I would first like to thank our royal host Lara for the use of her yacht – you have to admit, for us Hathian folk, this sure is partying in style. Welcome to the official launch of Valmont Entertainment Studios, a new agency here in Hathian, promoting the careers of the fine individual talent we have here in Hathian. People like Netanya Eltsina, Ashlee King, Alexandra Markus, and Raku Ayako, and others who might arrive later. We’re all about putting Hathian on the map as a place for people to enjoy entertainment. So please, enjoy some champagne and let’s celebrate all we have to be proud of here in this parish!”

A stirring introduction to a highly energized celebration. The guests mingled, danced and partook of the champagne as they met with the employees of Valmont Entertainment to learn more about the business and its aims.

This reporter had the opportunity to get Valmont Marseille, the CEO of Valmont Entertainment, aside for a brief interview. When asked to describe the aims of the company, he had this to say:

“Well, first and foremost, it’s about promoting the careers of the models and actresses I manage. I do regular photo shoots at my studio, you can see some of the pics around here. Models such as Ashlee, Netanya, Alex, Raku, Cindy, and hopefully many more. We have Bastian Cano working with us as well. And we do occasional film work…”

A lofty goal for a former strip club manager turned porn shop clerk, but Mr. Marseille is passionate about helping his talent get work that suits their skill set. He explained that it began with helping a girl from the Titty Twister find work as an actress before she was tragically killed. He’s since had other people that he has wanted to help expand the careers of. “I enjoy promotion, I enjoy entertainment, and I think we can really put Hathian on the map,” he was quoted as saying. This idea, he claims, is proven by the fact that the company’s benefactor continues to return to Hathian, despite its rough exterior.

Valmont Entertainment has a healthy roster, but it is still in need of male actors and models to help bolster the ranks. Anyone interested in the position can contact Valmont Marseille at 555-6969 and let him know if you’re interested in adult film work, a fashion model, or even actor. All varieties are welcome and encouraged. 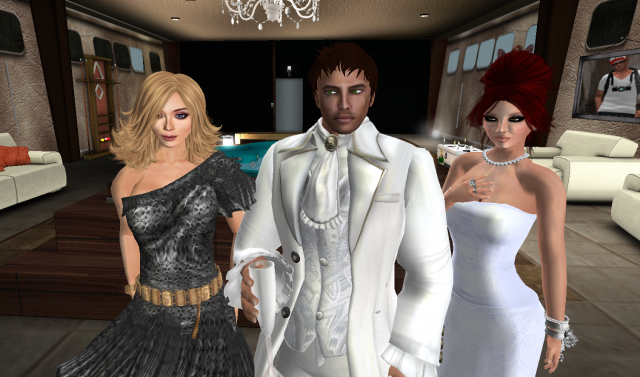 Hathian’s Slayer; Sane Or Not?