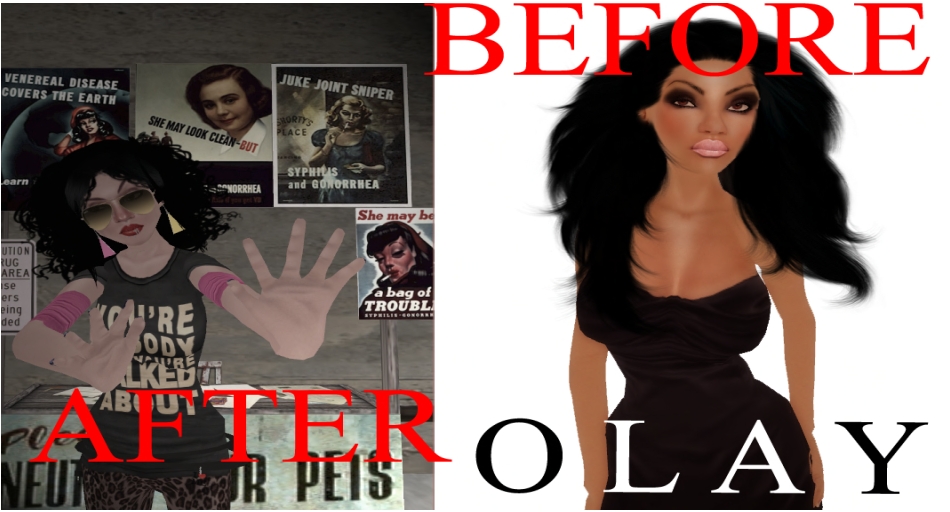 It appears that stardom has found it’s way to Hathian.

Could the woman in the photo possibly be Mesah Minoti Ohmai?  If so, she’s apparently taking a turn for the worst. Ten years ago, she peaks at the top of her career as a high-end fashion model, a “gift” from her equally as wealthy parents, no doubt. It was no surprise Mesah would follow in her parent’s footsteps and be known worldwide; her father, John Ohmai, world renowned rock star; her mother, Yoko Minoti Ohmai, world renowned artist.

Only three years after it began, he career begins to plummet. As they say in the fashion world, “One day you’re in, and the next you’re out.”

Sources tell us that fashion moguls consider her too old to keep up her contracts with products such as Olay Cosmetics, Versachi, Vera Wang, Dolce and Gabana, and Aveda to name a few. Upon the forfeiture of her contracts, and she seemingly disappears off the face of the planet for seven years; until recently, that is.

“She got into drugs at a real young age, so it’s not surprising, really. I’d be bold to say it probably had something to do with her downfall,” a different source told us, who asks to remain anonymous.

She was seen in front of the Hathian General Hospital, apparently checking out the STD information stand when we snapped this photo. If this is, indeed, Mesah Minoti Ohmai, she is definitely showing her age. If this is in fact, Mesah, the question begs to be asked- what is she doing in our small town of Hathian?

Editor’s Note: If anyone has any information or sightings of Mesah Minoti Ohmai, please contact us at the Hathian Observer. You will be rewarded accordingly.