They promise it’s not people but over the years the Observer has run a squillion stories about Gein and its food contents. From stories of being owned by cannibals in its deep distant past, to double salt content and evidence of heart failure from its product for men of a certain age. Ellis Millet had repeated heart attacks, and used to own the Gein.

These issues may still exist today.

If you’re planning your 14th birthday party here, like me, one may want to think twice. 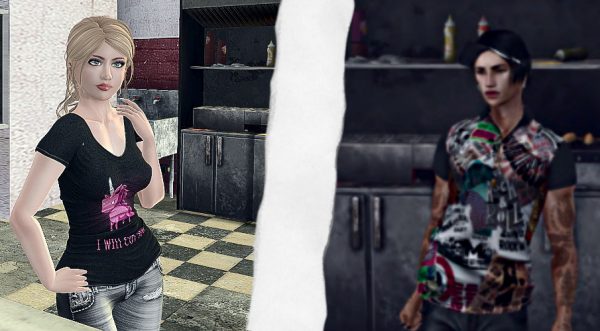 A now fired employee, Fiona Milton reports, “Raccoons, rats, worms, who knows what (else) is in the meat. Might even included dog poop for all I know. They just shovel that off the streets you know?”

With plenty of food choices in Hathian and its other areas, like Bleu Wag, the Gein’s reputation needs to improve to compete. It’s not really offering a healthy diet for kids. Is the Quadruple Bypass Burger really something you want to put in your mouth?

Not all staff are convinced though.

In a place with Gein’s reputation, isn’t that suspicious itself?

When Ems,  Hathain Observer reporter, did her usual evening walk she witnessed a nightmare. First of…