Saturday night was the scene of confusion and panic outside the Bottom’s Up liquor store, where two men reportedly started having heart problems after ingesting Gein Burger food.

Ellis Millet was working at his liquor store when Kirvi Caspian, manager of the infamous Gein Burger, brought him a burger from her restaurant. Shortly afterwards, Millet’s heart rate started to skyrocket.

EMTs rushed to the scene, and amongst the confusion, another man, Milo, or the local ‘Pig-Man’, started suffering from a heart attack. Even though the coincidence is startling, there is no definitive proof that he ate Gein Burger food as well. 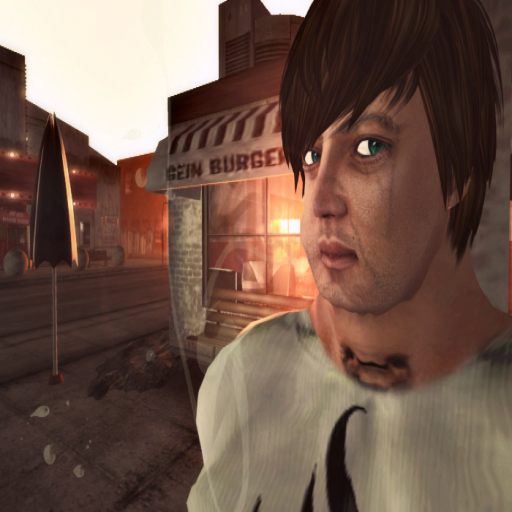 While both men are within the medical definition of obesity, it’s not their weight that was said to have caused the sudden heart problems. Instead, rumors surfaced that Caspian had laced the food with Molly, or ecstasy, in an attempt to get back at Millet for his recent assault and kidnap of her.

“Gein Burger upholds a no drug and no human substance [policy for] our burgers,” claims Caspian, eager to defend her business, which has a checkered past of tainted food. “I also brought a bag of Gein food for myself. We ate the exact same thing and I didn’t get sick.”

A private source close to Millet is certain that Caspian laced his food, because she was able to tell the responding medics why he was having heart problems. According to Caspian, he was allegedly taking Molly in order to lose weight. Millet denies these allegations, insisting that his food was poisoned.

“I was the lead medic that call, [and] what Ms. Caspian is saying is the truth,” says Hayden Grimm. “Even the officer on scene, a dear friend of mine, understood the situation and Ms. Caspian was crossed out as a suspect.”

White both men have recovered and have been released from hospital, Millet and his source maintain that Caspian is “out to get him” and that they wouldn’t be surprised if she was trying to kill him. They also claim that Caspian faked the miscarriage of her pregnancy in order to tarnish Millet’s reputation.