It is possible in the past that this newspaper may have used the term “like something out of a horror movie” to describe a crime scene or discovery of some horrendous fate for a resident of Hathian however this time the photo that was put under the door of the observer officer in an envelope along with an accompanying letter really was like something out of a horror movie.  While that photo has been shared on social media the Observer has taken the decision to not use that photograph as our lead picture though it is viewable at the bottom of this article reader discretion is advised.  The Observer feels that it is something that is so horrific that it would be wrong of us to republish it in full as our lead image, we have a responsibility to our readers to not go the route of being the ‘gutter press’ other news publications would aim to lower themselves to be.

On Tuesday night an envelope was pushed under the door of the Hathian Observer inside it was as noted the photograph I have just explained we will not publish but will link to but we have to warn you that the picture is from a crime scene and so viewer discretion is advised (https://pbs.twimg.com/media/EKVF_HmX0AAhW7Q?format=png&name=small) along with a cryptic verse.

The envelope and it’s contents have been passed to Hathian Police Department as part of their investigation so for now what we report is limited to the basic facts, the mentions of sheep and wolves could be biblical or from fairy tale sadly it would appear that whomever committed this crime, sees themselves as a wolf and the rest of us as sheep so could this just be the start of a new wave of brutal murders in Hathian?  Hopefully the Police will be able to apprehend the killer before they commit another sickening crime but this reporter is skeptical, the brazen way they are advertising their crimes makes one suspect that this may be just the start of a very long and cold winter in Hathian as we live in fear of another atrocity like this. 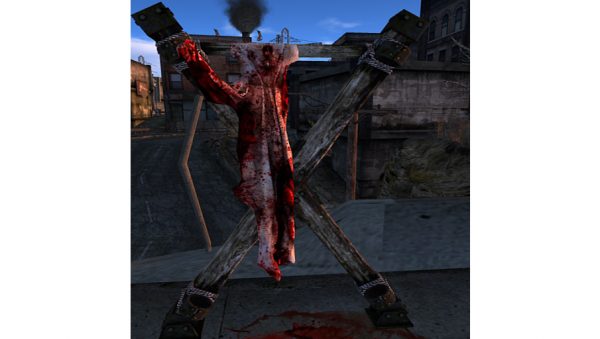