A 19 year old Intern at Hathian General Hospital was found lying in a pool of her own blood in the basketball court opposite to the hospital and HPD, on Main Street. Her time of death is believed to have occurred on the October 31st, Halloween.

Placebo  was discovered there 24 hours after her time of death, her injuries  and cause of death appeared to be from a  crushed windpipe, crushed vertebra, hyoid bone split with impact fracture to back of head. Signs of struggle were apparent from bruising and contusions on the body of the intern.

Evelyn Placebo worked in the coroner’s department of the hospital. She was last seen arguing with two women who then proceeded to chase her outside the hospital after she was seen striking one of them on the face with a stethoscope. It is not known what the arguments were about. 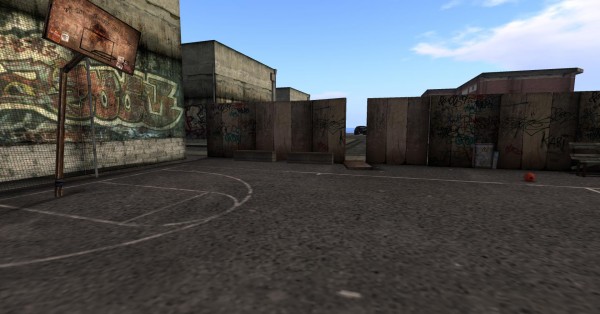 Viktor Blanchett, 24, an internal medicine resident, spoke out about the intern to the Observer. “She was studying to be a medical examiner at HGH I believe, and she was very… I don’t know… defensive about her position.” Blanchett went on to describe how Placebo would “get angry other people were touching ‘her bodies’ as she put it to me.” He also revealed that Placebo did not seem to get on well with other members of the HGH staff.

“I’m not certain if she had any enemies, but given the way she acted to me and the other interns I’m not surprised if she did. She got very defensive and angry when I did talk to her.” Blanchett went on to reveal that he had once overheard a conversation between Placebo and somebody else. “All I know is that she said she had worked for a while, went somewhere and almost got pinned with a murder in another state and got held as a suspect. She was cleared from that and came back to Hathian.” 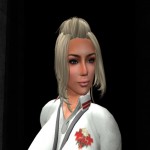 “..She did not leave a good impression on me,” Blanchett told the Observer.  “She was crazy or just into some really dark shit,” he added.

Resident Dr. Enjoli Delacour stated that she witnessed “two chicks chasin’ Evie right on outta the hospital..Caught the whole chase scene while I was waitin’ for the elevator.”

It is unclear what the real circumstances may be around the intern’s death, at the moment all that is known that two women were caught on hospital surveillance cameras chasing the woman after Placebo struck one of them across the face with the stethoscope she had on her. Anything could have happened between the time she was pursued and died. What is also unclear is the motive behind the apparent killing of the intern, with Blanchett and other sources describing the intern as aggressive and defensive, with potential enemies.

With the often tense working  environment of the hospital, it may even have been co-workers that killed her, the  location opposite to the hospital might even be a revealing clue in this suspicious murder.