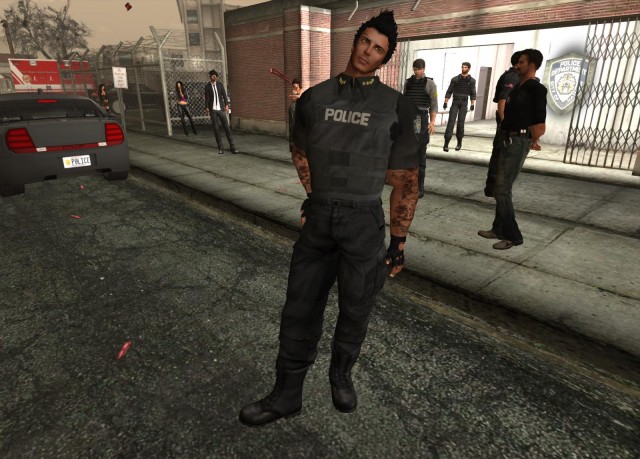 HATHIAN – Hendrich Andel, Chief of the Hathian Police Department has been arrested on numerous charges of police brutality.

Authorities say Chief Andel was arrested Thursday after a year long investigation revealed incidents ranging from aggravated assault to criminal mischief.   The investigation was started after the Federal Bureau of Investigation received multiple reports claiming that Chief Andel used excessive force even deadly physical force at times.  Some of these reports came from people who were identified as past victims of Andel’s crimes authorities also said.

“Chief Andel was subject to a long and intensive investigation after countless people came forward with details of his misdeeds.  The investigation revealed that Chief Andel was involved in multiple cases of blatant police brutality.  This behavior is unbecoming of a man who has been tasked in commanding a police department who are responsible in protecting and serving the citizens of Hathian.”  says Jack Faust, Special Agent of the Federal Bureau of Investigation and lead investigator of the case against Chief Andel.  Faust is also asking for anyone else who has been victims of crimes committed by Chief Andel to come forward.

Chief Andel declined to comment as he was taken into custody Thursday night by authorities – one of them was one of his own – Sgt. AngelLynne Moonshadow. He left the precinct uncuffed in the midst of bacon – citizens came to watch and heckle and tossed bacon at him and the HPD  while the FDH  helped with riot control. Andel faces Aggravated Assault, Harassment, Criminal Mischief and other various charges.  He has been sent to the Harvey Federal Institution where he will await trial.

Hendrich Andel has been on the police force for 20 years with the option to retire in less than five. Hathian Police Officer’s Benevolent Association President Duke Montana says he has no problems on his record.