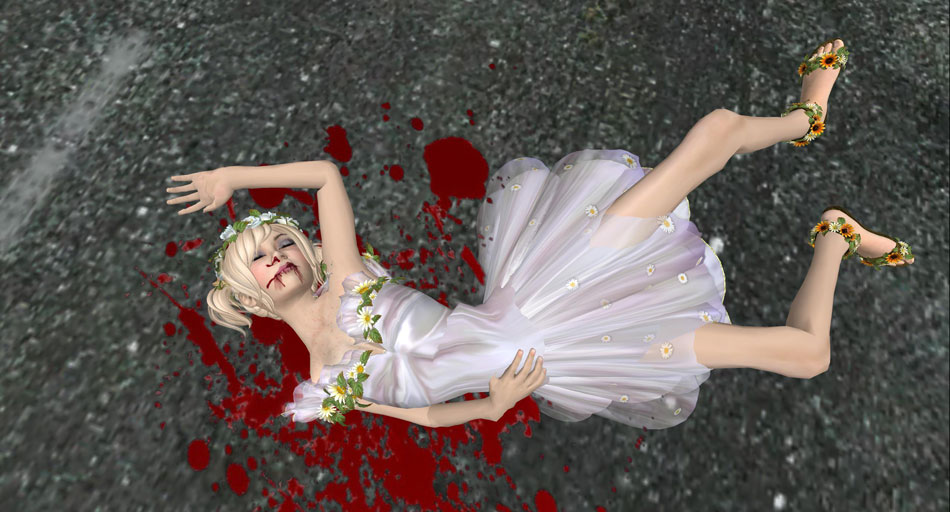 The cheerleader who killed Buffy ‘The Slayer’ Summers has died from her wounds after she was found critically injured beneath the overpass in Hathian on Thursday.

Trixie ‘Puddles’ Belladonna, 18, became infamous when she struck Buffy Summers over the head with a bottle of Jack Daniels at a cheerleader event, killing Buffy who was the cheer captain. Trixie insisted it was an accident, but was arrested and served a jail term for 2nd degree murder. Rumours suggested possible motives for the killing or that Trixie was having an affair with Buffy’s boyfriend.

On Thursday morning, the 911 emergency dispatchers received a call from a woman later identified as Dr Lauren Russo-Jestyr reporting a young female lying “almost dead”. EMT’s and Police were dispatched to the scene under the overpass and found Trixie lying in a pool of her own blood and urine. It is thought that the young cheerleader may have suffered multiple injuries from the fall including possible brain damage.

According to official Police records, a citation was issued to Trixie for ‘public urination’ following a ‘suicide attempt’. Friends close to the dead cheerleader, who have asked to remain anonymous, confirmed that her nickname ‘puddles’ was due to a ‘personal problem’, that she was known to be a chronic sufferer of the eating disorder Anorexia Nervosa and was described as having “mental issues” and “not very bright at all”.

EMT Johnathan Requiem confirmed he did all he could at the scene to stabilise Trixie and rushed her to Hathian General Hospital where Doctor’s Gardner and Matfield battled to save the stricken blond girl, but despite their efforts she was pronounced dead at 3:23pm. When asked for information, Dr Gardner of HGH said in a statement “The details can not be disclosed I’m afraid, it’s not up to a Doctor to disclose such information freely. All I’m able to say is that she came in with severe injuries. The staff did all they could in order to save her, some of the top surgeons were in that room with her, but.. despite our best efforts, nothing we did worked, she passed at 3:32 pm due to the severity of the injuries she sustained.” When asked if Dr Gardner suspected any foul play in Trixie’s death she replied: “I can’t say, nor do I know, you’d be better talking that out with the police, now wouldn’t you? Good luck with that”

Columtreal University cheerleading coach Tessi Snowpaw said in a statement: “We are shocked to learn about the tragic death of another one of Columtreal University’s cheerleaders.”  She went on to say: “Losing a student is always a tragedy.  But losing the cheerleaders feels as though someone is snuffing out the spirit and heart of our school along with that precious life. Trixie will be missed.  And it will be up to us to make sure that her light isn’t forgotten.”

The Observer tried to contact Trixie’s family for comment at their remote Louisiana farm. A spokesman for the family said Trixie’s mother was “deeply shocked and distraught” but would not comment further on the family and asked that their “privacy be respected at this difficult time”. He went on to confirm that a funeral will take place at the Municipal Cemetery in Vodou on Sunday the 3rd of March where Trixie will be buried. He said that anyone who knew of Trixie is welcome to attend.

With the Police treating Trixie’s death as suicide, it will remain a mystery if friends of the notorious ‘Slayer’, Buffy Summers, had any part to play in the young cheerleaders death. 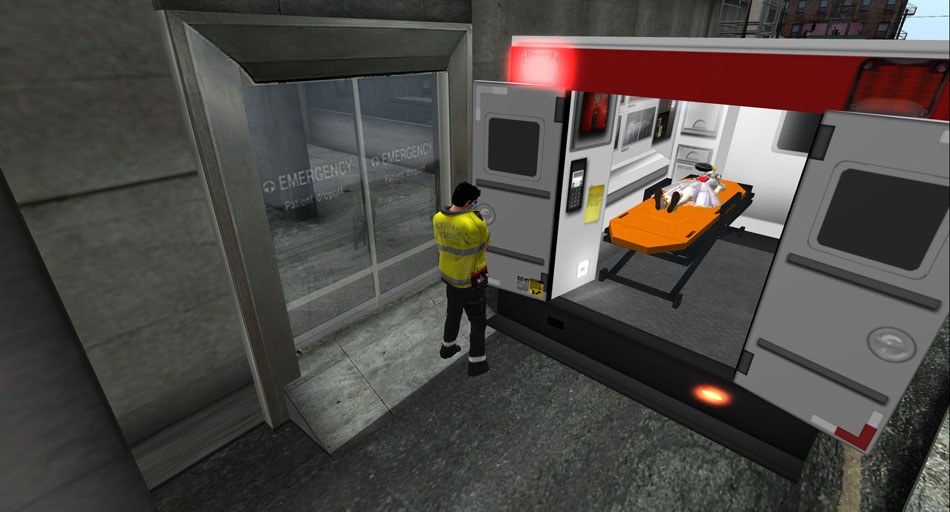 Trixie is rushed to Hospital by EMT Jonathan Requiem 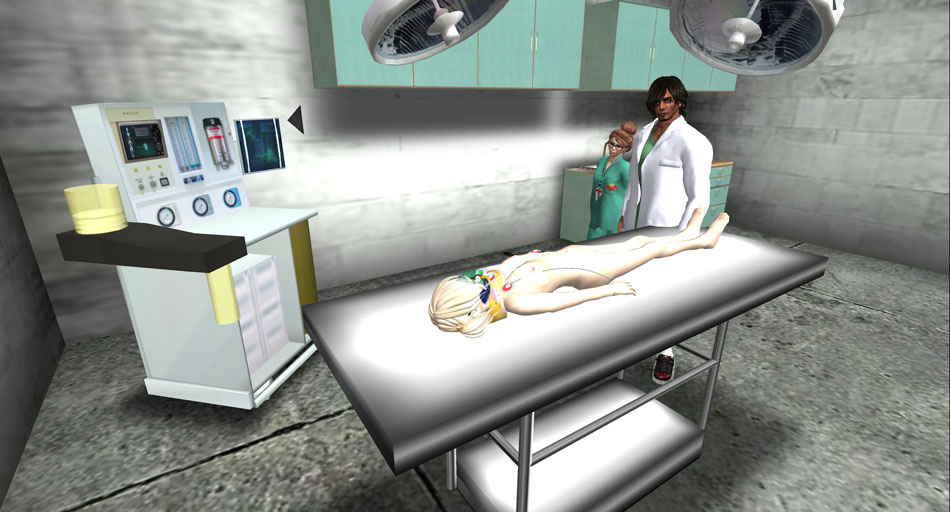 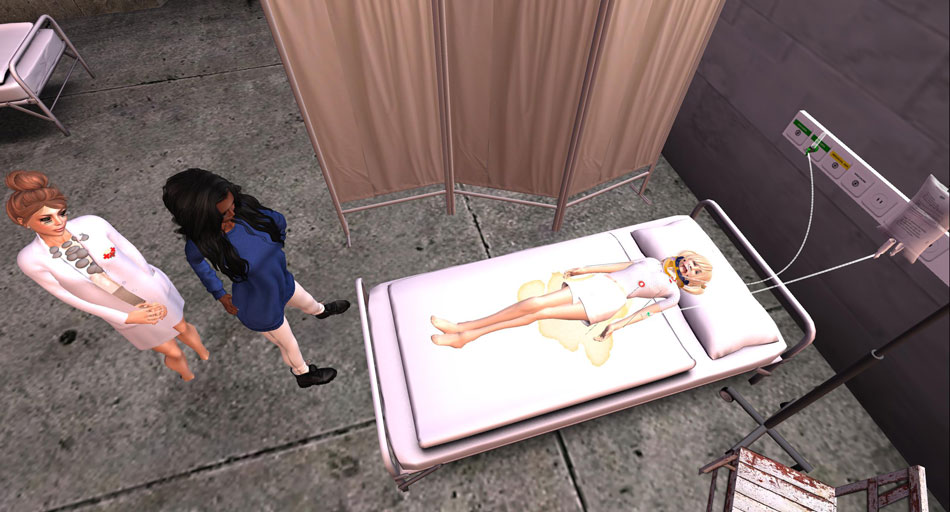 Trixie is pronounced dead at 3:23 pm 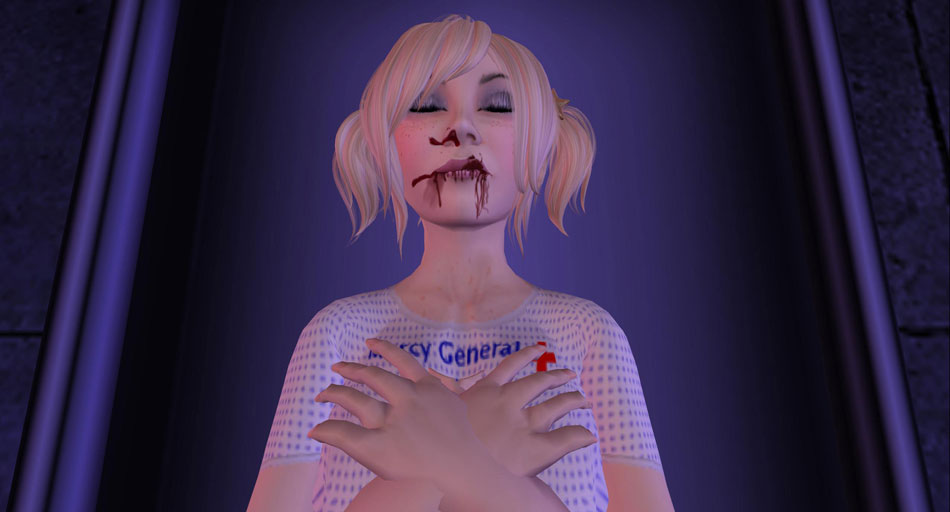 Save Our Shores – Event