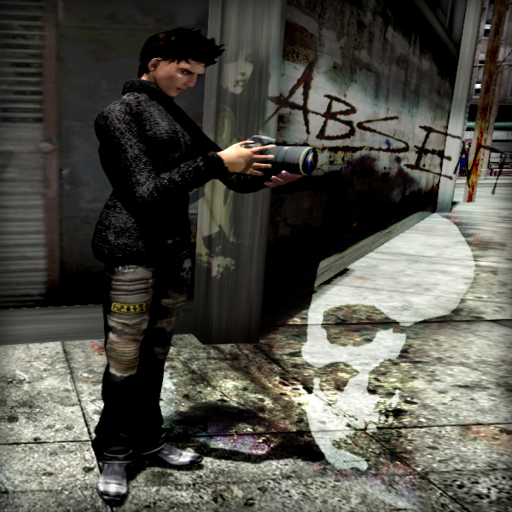 When going through stands around town, all you see is the news, which though we love ourselves, how boring! And quite frankly, how depressing. With sickness and death still lingering on from the ‘holidays’ and the cold nipping at our noses, The Observer has set out to find something new. Something upbeat. Something that reminds us why we live here. We found it at Absent Magazine. It’s a magazine for Hathian and about Hathian or more specifically – its inhabitants. After some chasing, we finally caught up to the man behind the magazine as he set out some of his copies for sale. His name is Nash Sauber and whatever his motives, he seems to be here to stay.

Robyn DeCradle: Whats the meaning behind the title of the magazine?

Nash Sauber: Hmm… Well, see I think most magazines and artists try to be something. Like Rolling Stone or any of the fashion magazines… they just go with this direct path that leads them down a one way street. I don’t want Absent to go that route, wanted it to just bend and mold however the city took it. No real objectives, no goals, just a view of the city through some bloodshot eyes.

Robyn DeCradle: Bloodshot, eh? chuckles. Some of these pictures are a bit risqué, but sex sells. Do you touch the girls?

Nash Sauber: Oh, well have you read the magazine? If not, it might give some clues on to that one, though, generally I don’t start it.

Robyn DeCradle: Got me there. I just looked at the pictures. What about fat girls? Err, ya know the pleasantly plump.

Nash Sauber: laughs. Fat girls? Hell, sure why not? They live in the city, don’t they? Big, fat, tall skinny, whatever… long as they shoot well I don’t mind.

Robyn DeCradle: Well, aren’t you a winner. You see past things others can’t…but still, why bother making a magazine centered around a city like Hathian?

Nash Sauber: Just thought the city needed some art and style tossed in I guess. I’m sure New Jersey has a ton of magazines floating around and its not much better than here.

Robyn DeCradle: Ha, Jersey. A Playground compared to here, but I think I’ll save any more questions until the magazine has run a few more issues. Thanks, for the impromptu Q&A.

Absent Magazine is on sale now at Rader Records and Clam Convenience. If you would like to sell them in your business or are interested in being in Absent Magazine, contact Nash Sauber at XXX-XXXX.