“Make love Not War” perhaps should be the new motto of Hathian after deaths from gang warfare have tripled over the past year.

It certainly could be said to be Assistant DA, Bri Reifsnider’s new motto, or maybe not. 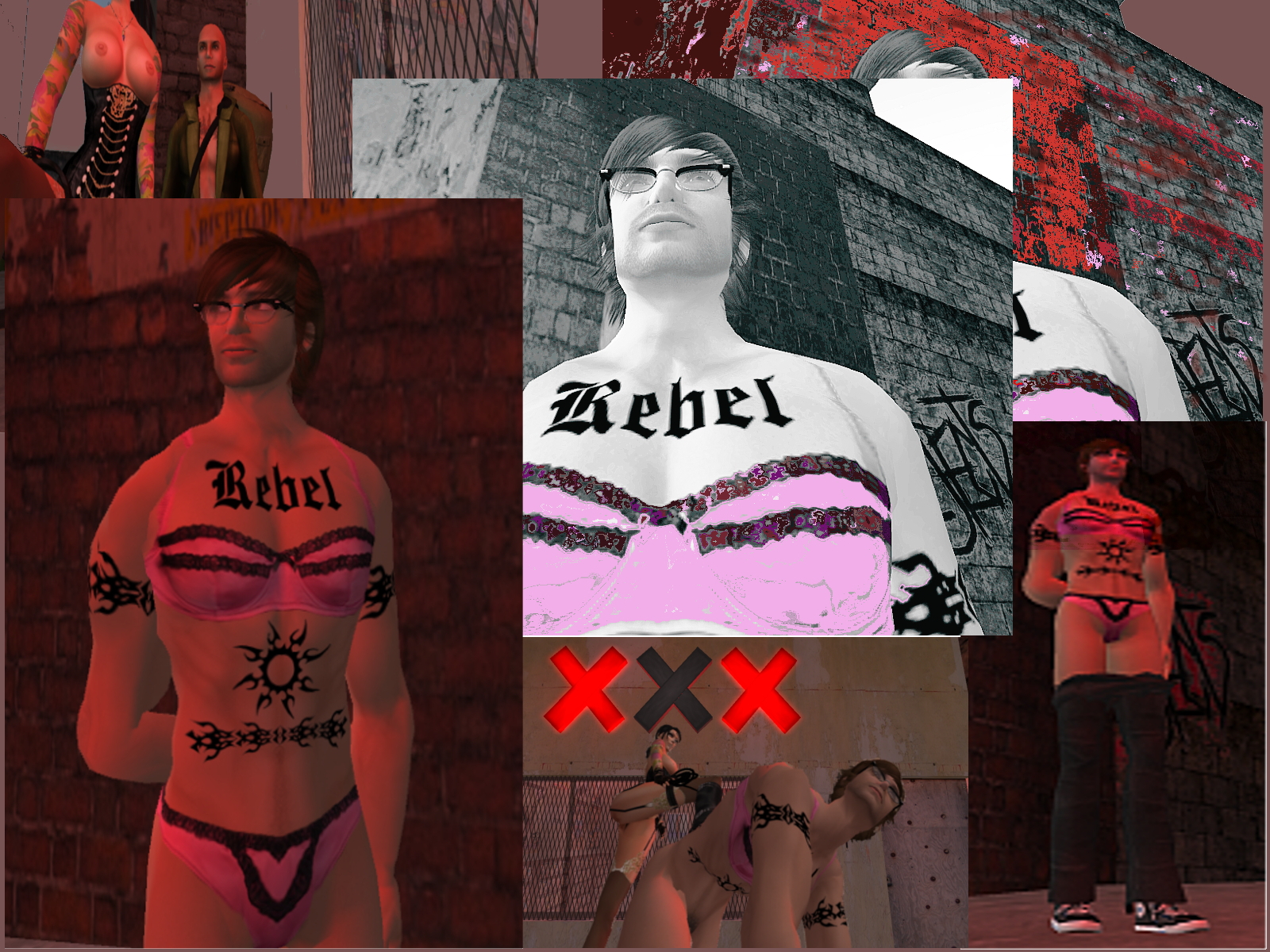 Ho Ho Ho Mr. Reifsnider!  Wearing rather a lot less than Santa Claus, he was witnessed stripping for an unknown prostitute whom he called ‘Madame’. The bold REBEL tattoo etched on his chest looked a bit incongruous against the neon pink frilly bra and matching panties.

Rebel Reif Weasel Boy had the audacity to threaten to sue The Observer after his last appearance in the paper.  It would be wonderful to see if his third leg would give him extra support in this endeavor. His meager member struggled to rise when his ‘Madame’ berated him for speaking out of turn yesterday. Perhaps it was just the cold!  After all, most normal people have spent their winter nights in the warmth of a nearby bar.

His fondness for animals was also apparent. Sprawled on all fours in the slushy dirt-encrusted alleyway, he was seen to shudder in twisted pleasure as the prostitute called him a “NAUGHTY WEASEL BOY!” and donned a pair of REINDEER ANTLERS!

“He should have been collecting evidence!” testifies a concerned citizen.

The PERVERTED Assistant District Attorney has been responsible for the prosecution of deranged criminals and SHOULD have been out working, trying to collect evidence and build a case against the murderer of Rippen Dagger. Instead, he was seen earlier in the Titty Twister bar chatting about his new sideline business in importing toiletries. Clearly a cover for a more sinister import business; it was alleged by the bartender in the bar, that Mr. Reifsnider provides garrotes for the local criminal fraternity. Probably pink ones at that!

This esteemed lawyer is obviously a hindrance, not a help to the District Attorney and it is a well-known fact that he has been forced to further supplement his income by defending gang criminals; CLEARLY not the act of an honourable prosecutor.

“I’m not fit to clean the dirt off Rudolph’s hooves!” he was heard to scream to the kinky prostitute.

It was quite sickening. The sick lawyer’s back ended up an obscene mass of welts, whilst blood trickled onto his clingy silk lingerie. Mr Reifsnider was then witnessed sucking on the end of the woman’s antlers like a small child on a lollipop. And this sissy man is responsible for putting hardened criminals away. 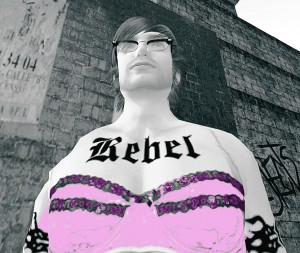 Even when disturbed by a passing hobo and then by the photographer, Mr. Reifsnider displayed no shame, his pathetic wiener seeming to jut out all the more at the prospect of more humiliation.  His sex-crazed companion even posed for the camera!

“He’s an utter disgrace!” claimed a bystander and this reporter can only agree.  This incident reveals the terrible state of the justice system in Hathian.

The struggling HPD are up against the wall – and with good reason when they have prosecutors like this.  It is little wonder that the streets of Hathian are a hotbed of criminal activity and sick debauchery. Little wonder indeed!

Letter to The Editor