For once the haunting sounds of sirens and the screams of children weren’t announcing the latest tragedy for the city. Instead, a community Fun and Games Day, sponsored by the Fire Department of Hathian with the assistance of the Hathian Police Department has been put together in support of the youth of the city. Emergency vehicles were parked on display with their lights flashing, letting kids climb aboard and get a good look at them, the bravest even climbing the ladder on the big fire engine. There were also games of skill and chance along with a variety of refreshments and music.

One of the biggest attractions, as one might imagine, was the dunk tank, with Office Kind of the HPD and Lt. Masala of the FDH putting their dignity on the line for the amusement of the massed children (and a number of cheering adults!). 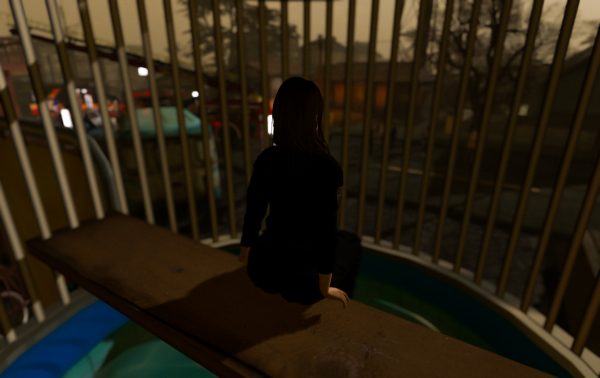 At one point a spirited water balloon battle broke out with children and adults alike taking the opportunity to soak each other amidst shouting and shrieks of excitement. Some participants even tried their hand at an iron toss challenge set up by the FDH, in which members of the public were allowed to throw real fire axes at real glass windows, likely violating a number of health and safety ordinances. However, we are happy to report there were no fatalities and the only injuries suffered during the event were a couple of cases of wounded pride.