While Harvey Federal Institution was open many controversies flooded the media, many voices remained silent pertaining to the trauma they endured while imprisoned at HFI. One more voice has finally decided to step forward and share her experiences, showcasing the utter horror and inhumane conditions of HFI.

Voltiel Rassir revealed that alongside the sketchy occurrences that landed her in HFI, and the utter disregard for her basic human rights, she also was subjected to horrible experiments. As a result, she said she has been suffering devastating long-term effects from the treatment she endured at HFI.

She stated, “It has warped my mind so -fucking- badly. I have come close to suicide so many times. Worst of it all, I hurt people because of it all sometimes. Like, I get a craving to inflict my pain on others. And no one understands that. They think I do it for attention but I never have. I do it, because it brings some form of catharsis.” 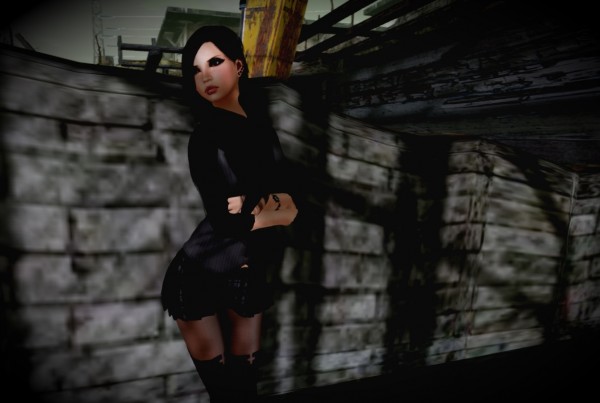 This is a phenomenon not uncommon to people who have endured traumatic experiences and it is fairly difficult to reverse even with an extensive amount of medication and therapy.

Rassir was allegedly arrested in 2011 for something she expressed as trivial. She claimed that the charges were based on homophobic notions toward her and her partner at the time. Two years later, she was brought in to pay a fine. This led to a brutal fight with the cops and a seat in the HFI lobby.

She was greeted by Warden Shade Manx after a long wait cuffed to a chair. After the initial check-in, she was taken to her cell to rest. It seemed like the drama had ended; little did she know the horror had just begun.

She started to throw up so Warden Manx brought her to the medical wing, leaving her cuffed to the bed for several hours before any medical staff showed up. Finally, a doctor revealed only as Niles, came into the exam room and gave her a routine medical examination.

Clearly stricken by the traumatic experience, Rassir spoke about her experiences. She said that after the initial examination they sedated and wheeled her out of the room to the operation room. Rassir, frantic and confused by what was going on around her, started to cry begging him to tell her what was wrong.

It was at that point where Niles told her, “You don’t get to know. Because you’re here. And you’re not a person anymore. You have no rights.”

Rassir began to recount her time in the operating room. “He started scrubbing right above my groin with that foul smelling medical soap – the yellowy kind that leaves a residue. I wanted to know what he was doing. I demanded to know so he told me. In great detail, as he cut into me. No further sedation or numbing. I could feel absolutely everything. I screamed and cried, couldn’t move my limbs. I felt like I was paralyzed. It was the most terrifying thing that has ever happened to me. Then he showed me this silver, bullet shaped battery it was going to go inside me. He mended this fucking battery into me, against the nerves in my body”

Another warden, Messiah Ravenhurst, walked in as he was putting in the stitches. She remained unconcerned about the state of the inmate.

Rassir claims that “it was humiliating and mostly agonizing”. Throughout the rest of her duration of HFI, her battery went off at random times causing an immense about of pain from involuntary orgasms caused by the implanted machine.

“One time Niles didn’t turn it off, and the pain and pleasure combined made me collapse in the shower. And he showed up there with a needle, sedated me and took me back to the medical wing. In there he touched me. He didn’t have sex with me, but he molested me, briefly. There were several occasions where I was tazed, and the battery would come on for an hour at the most,” Rassir recounted.

After quite some time, Niles was convinced to take out the machine. He made another inmate do the surgery even though said inmate had no medical experience. Rassir said that Niles threatened to do worse if the inmate refused to perform the surgery. Miraculously, the surgery was successful but left several permanent scars.

Rassir stated, “I have extensive nerve damage. I can get aroused, but it is very, very hard for me to orgasm. And when I do, it sort of hurts, and it’s almost crippling.”

The staff members at HFI demonstrated time and time again that they did not care about the welfare or safety of the inmates. It is lucky that Rassir survived the experience.

When asked about suing them she responded, “I thought about it, yeah. But until now it’s been so fucking hard to even talk about it!”

While the facility was shut down due to poor conditions; it is clear that further investigations should be conducted against the Wardens and this doctor named Niles, immediately. The authorities were unavailable to comment at this time.

In Overwhelming Response To The Outrage Over ‘Mistress’ Article

Got Cops? An In Depth Look At Policing In Hathian