This reporter had recieved a phone call Tuesday Evening about Former District Attorney Johnathan Requiem, who has been missing since Mid to Late April .

The party who called  identifed themselves as The “Bytz”. Further investigation has discovered that the Bytz are a small group of superhackers, bent on cyper-terrorism. 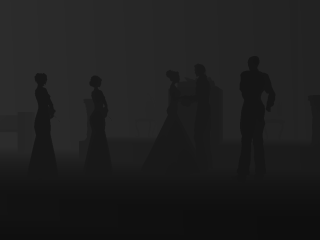 The Bytz leader, known only as Killobit revealed to this reporter, that Mr. Requiem is being held against his will until he will pay out a massive sum. How long one man can bear this is unknown.

Killobit did, however, allow Mr. Requiem to  speak for a moment, after considerable nudging.

Mr. Requiem went on to say this. “Please tell my friends and family in Hathian not to worry about me. We of Hathian have persevered over more then what we should. I’ll be returned safe to Hathian. Tell Shadoe…”

It can be assumed that the rormer District Attorney wasn’t finished, but a dial tone was all that followed. One can only be unsure of what he was trying to say when the phone was disconnected. I am sure the aforementioned name whoever he/she may be will only understand.

((OOC Note: This is the official story of Johnathan Requiem’s absence from Hathian. Until repairs can be made to his laptop he will not be able to be around. Apologies to all, and I hope to return as soon as possible.))