As stated in the radio, at 4pm of the 31st of December, the famous violinist Sofia F. Castle, barefeet and wearing a long ample gown that would enhance her movements, following her dances like a tail follows its star, stepped on the Rader Records stage to perform a free concert specifically thought for Hathian. It was amazing to see her playing and dancing at the same time, creating with her melodies dreaming atmospheres and triggering emotions, that were able to keep the public’s attention to the performer, what was shown by the fact that not only most of the public was slightly dancing at her music, which demonstrated also how her melodies could touch the strings of people’s hearts, but also by the fact that both those who came attracted by the radio announcement, and those who were just passing by, were stopping there and looking at Sophia, dancing and playing under a stage of bright, colorful lights.

Hathian Observer was there, and after her performance, it was possible for our newspaper to exchange some words in order to know her better. She impressed us for her strength and determination despite the bad things that happened in her life, like the death of her birth father, and because even though she is now a famous player she does not lose contact with the people, which is one of the reasons why she is so much loved.

H.O: “how did you approach the violin, who inspired you to that and who are the artists you inspired you in the music you play?”
Sophia F. Castle:  “Well, it was my birth father who forced it on me as a kid. He gave me a choice which instrument to play. I picked the violin. My grandmother insisted on ballet as well. They wanted me cultured and talented. Eventually both kind of melded together… I think my overall inspiration is Mairead Nesbitt (wikipedia link)**. She’s a remarkable violinist.”

H.O.:  “Mhm,  The music you play, actually, seems to me a kind of gypsy-inspired music, with some Irish melodies. Am I correct?”
Sophia F. Castle: “Yes actually. This is a secret that no one knows but I’m not actually full blooded Italian. I have ancestors that were gypsies in Serbia.”

H.O.:  “why, you’re Italian?”
Sophia F. Castle: “Yes. My name at birth was Ferarri. After my birth parents died I was adopted into the Castle family.

H.O. :“oh, hmm, I see.. You must have a very strong personality. Which I think is an added value when you decide to take the pro music career. I’m sorry for your loss. But it seems to me that your adopted family has taken good care of you. I have couple more questions if you don’t mind?”
Sophia F. Castle: “Thank you. My birth father drilled it into my head early on to remain strong. Of course there are moments of weakness and I break down but he taught me strength. I’ll always remember his lessons. As for the Castle’s, yes they have. I love them very much. Sure, ask away.”

H.O:  “well, something about the music you played today. Was it composed by you? And how much of yourself there is when you play? I mean, how your current emotions influence the way you play, and vice versa, how much what you are playing influences your current emotions?”
Sophia F. Castle: “I compose most of my music myself, yes. I’ve always had a knack for it I guess. I mainly pull inspiration from people I know or have met that left an impression on me. There is one song… The Phantom (YouTube link)**… It tells a story of a man that I know but can’t remember much of him… He came into my life one day, then disappeared another. Like a phantom. And yes, emotions tie into my music. Sadness, loss, excitement.”

H.O: “Thank you Miss, it shows in your moves and your melodies that music is not only cold rationality and numbers, but also emotions that you can communicate very well. I appreciated that. Last question and I’ll let you go. I like the idea that you did this concert for our town. Heaven knows how much Hathian needs beauty. Do you have something you would like to say to Hathian citizens?”
Sophia F. Castle: “I’d like to say that I am grateful Hathian welcomed me and that I hope to come back soon. And hopefully everyone has a happy and safe new year.”

H.O: “thank you Miss. Sorry, one last thing. If someone wants to follow you, how can he find you? And, are there any links on youtube I can put in the article, so also people who were not here can enjoy you?”
Sophia F. Castle: “Sure. My twitter is @SophiaFerarriSL and my youtube is Sophia Ferarri**.”

H.O. : “Great. Thank you for your time Miss, and I wish you the best for a profitable 2019 and we also hope you will come here again”

[for the readers convenience we added links to YouTube and channel page of Miss Ferarri, which you can find where there are the symbols ‘**’ so everybody can listen to the songs that were dedicated to them.]

Happy new year from the Hathian Observer to all the readers, hoping they will follow us also in the 2019! 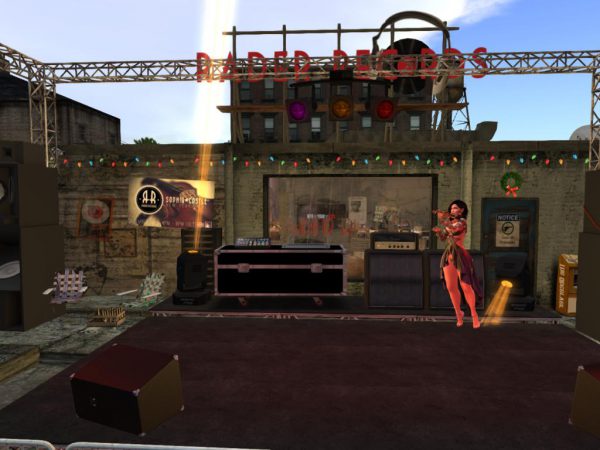