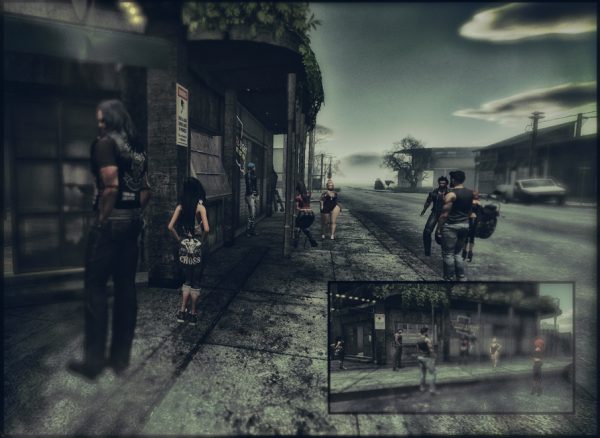 There was plenty of excitement in town last Tuesday, August 21st, at Lou’s bar. Multiple scuffles broke out, witnesses said. One patron described the scene as “a cluster fuck, but fun!”

There were several dangerous incidents. Included in the first, which took place outside, there were claims of a bottle being broken over one resident’s head, and another with an unfortunate stab wound in the arm. A third possible party seen running away, perhaps he’d just remembered he’d forgotten to turn off the stove. No injuries seem to have been fatal. Though the police were called to the scene, no arrests were made and no charges have been filed.

Witnesses did claim to have seen two people carried from the premises later in the evening from additional happenings inside the establishment, but further details on this are not known at this time.

If you or anyone you know may have information on this or other interesting events be sure to contact Katherine Cross at the Observer, or any of our many reporter staff. We would love to hear from you.

If thrills and kills sound like a good time to you, I encourage you to check out Lou’s this Thursday, when they advertise discounted drinks, possible open mic and more. Perhaps you will be lucky enough to witness a showdown yourself! Just be certain to practice caution and please leave the breaking up of fights to the professionals.

The Megalatron Bites Back! – Movie Review

by Daiyu Tang and Jenny Hsu On the 24th March 2022, our team were lucky enough…

Sex Panther Comes To Rader on the 4th

For those of you who don’t know, the Glam-Punk outfit, Sex Panther (Max Climax and Baz…

People of Hathian it is PARTY TIME on Bourbon Street!!… Woah!! hold on, before you close…