On Sunday, December the 15th, the war between the gangs and the Hathian Police Department continued to wage on as S.W.A.T. teams surrounded the District 8 construction site, blocking off the roads, preventing outsiders from getting too close.

HPD Commissioner Nadir Taov dragged a young woman, who was later revealed to be the known Reject leader, Piper, out of one of the S.W.A.T. cars.  Heavily beat up, Taov’s heavy booted foot hovered over Piper, gun out and ready to fire in case things escalated. 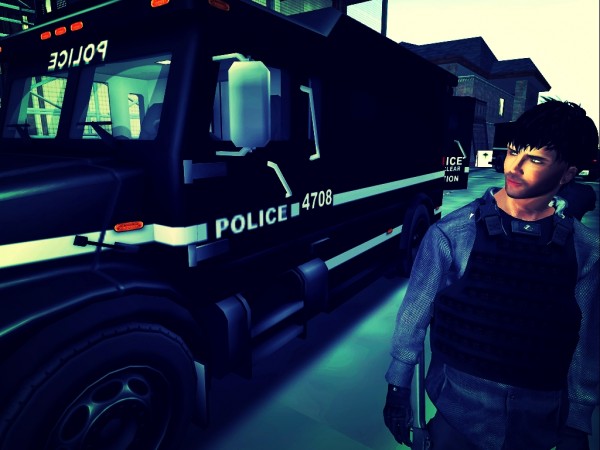 A masked man, assumed to be affiliated with the notorious gangs the Rejects, stood with his own hostage. The male hostage, who had a bag over his head, quite possibly could have been one of the captured HPD Officers.

“Let him go and I’ll release her,” Taov barked across the street.

“I’m bringing him over. Back off. I’ll leave him with you and take her back and we just go our separate ways!” the assumed Reject retorted as he handed his hostage over to Taov.

The actual trade happened quickly, each side delivering their hostages without a hitch. Afterwards, the place cleared quickly, bringing one part of the war to an end.