On September 19th, Danni Melodia, 35, posted on the social media site, Twitter, that she had kidnapped Corporal Skye Weaver’s seven year old daughter Sunny Herriat from her household. She held her hostage at an unknown location while Weaver was in the hospital recovering from a gunshot wound. Weaver, overcome with grief, begged Melodia and her accomplice Kat Middleton to let her daughter go.

A few days before, Weaver had received a call from Melodia urging her to meet at the Sunfish Motel. Believing they were still friends, Weaver agreed.

Weaver recounts, “I walked into the motel room she was and saw her laying on the bed. There was blood all over her crotch, so I thought she miscarried. I walked further in then Kat came behind and pointed a gun to my head. When I turned around, I’m guessing Danni came up behind me and knocked me out with something.”

When she awoke, Middleton was there with Weaver, holding a gun to her head. Then Weaver’s phone began to ring.

“I could hear Colton on the other side of the door, but I didn’t say anything because Kat had her revolver pointed at me. And then my phone rang. Colton had called me, and when he heard my phone go off, he asked Kat if anyone was in there, then he asked if I was in there. Then Kat shot through the door, and that’s when I started screaming for help. That’s also when Kat shot me in the stomach,” Weaver explained, clearly still deeply affected by the events. 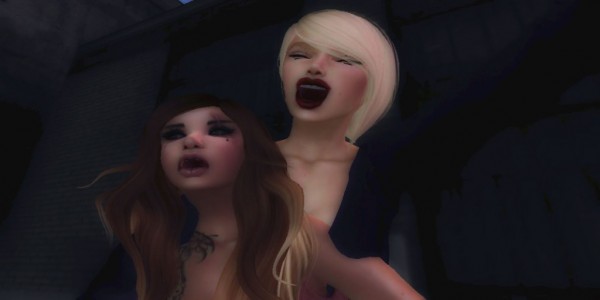 Weaver claimed that while she nearly died that day, neither Melodia or Middleton were still at large.

While Weaver was in the hospital, Melodia’s tweet that she had her daughter went viral.

“There was nothing I could do. The doctors had me on so much medicine I could hardly walk on my own,” Corporal Weaver revealed. “It was only a few hours later that Detective Charlie Feld came up to me and told me what happened. The medical examiner came in as well and told me that Sunny had been drowned.”

Sunny was found in Weaver’s living room by the nanny, Consuela. She was allegedly tossed through a window the suspects broke when they kidnapped Weaver the day before.

Weaver had no idea why Danni had kidnapped and killed her daughter. When she initially had walked into the hotel room on that fateful day, she had believed they were friends.

Melodia takes responsibility for the kidnapping of Weaver as well as her daughter. However, she claimed that the ones responsible for Sunny’s death were the notorious gang, “The Crows”. She explained that she had Sunny with her when members of the gang approached and knocked Danni out snatching the victim and taking her to an undisclosed location. Melodia claimed that they were the ones that killed her.

Despite Melodia’s claim of innocence, Detective Charlie Feld revealed that, “right now the Crows are not suspected of wrong doings in this case”. Kat Middleton was unavailable for any comments at this time. It is only known that she was an alleged accomplice to both crimes.

Detective Charlie Feld urges anyone with any information pertaining to the whereabouts of Danni Melodia or Kat Middleton to contact him or anyone at the HPD. They are both armed and dangerous.