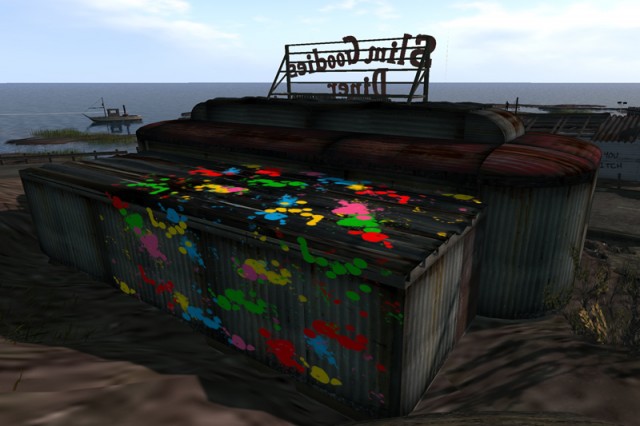 A relatively peaceful evening in Hathian was interrupted on the 7th of January when a mysterious masked figure was seen firing very large paintballs at the Slim Goodies Diner from an adjacent rooftop.

Witnesses report that it sounded like bombs going off, leading them to wonder if the mad bomber that recently struck at the Howling at the Moon Fitness Center was at work again, or if this was simply the cause of drunken teenagers.  Thankfully, no injuries were reported, and damages to the surrounding area and building are minimal and superficial.

Greenlee Morrisey, manager of the local diner, could not be reached for comment about the incident, even though she was allegedly at the scene during the attack.