Early morning beach-goers discovered a gruesome scene yesterday morning when they found a body in the abandoned warehouse, apparently the victim of foul play. Officer Monica Shim, who responded to the call, described part of the extensive damage to the victim, “This shit is totally fucked up, a rat tail coming out her cunt..what the hell” The victim appeared to have been a white female, approximately 18-35 years of age, with blond hair. Preliminary autopsy reports indicate that the victim had been drugged prior to her death, and that she had been alive for most of the horrendous torture. Her face and eyeballs were removed, making identification difficult. Anyone with information or a missing person is asked to call Hathian Police department.

Photo courtesty of the HPD. Discretion is advised. 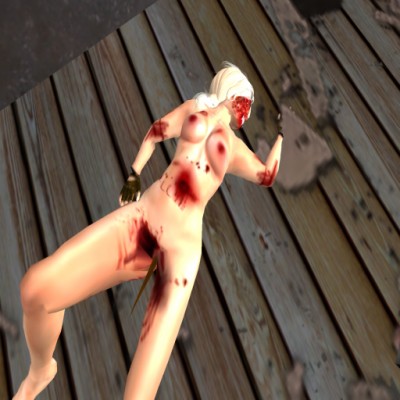