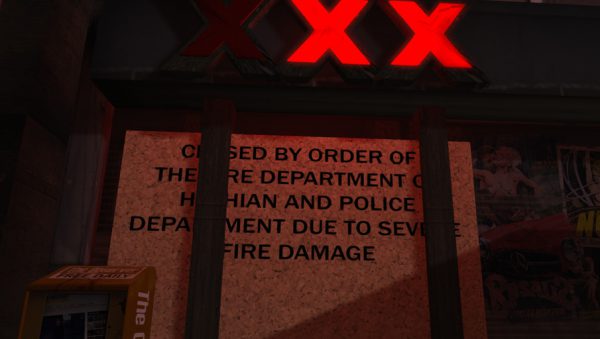 Two recent arson attacks have shut down two local businesses and have been identified as the direct work of a gang known as The Revenants. Two of it’s members have been identified behind these attacks, a woman described as an albino known as Astrid ‘Agony’ Ayria and an Asian American male known as Kiryu Hideyoshi.

The gang also attacked a woman identified as Alexia Rousseau, owner of the Clam Convenience Store, the same day.

It is believed from various official sources from the Hathian Police Department and Fire Department of Hathian as well as conclusions drawn from evidence in the form of texts and video surveillance, that the gang sparked the fire purposefully in order to distract and engage the Captain of the FDH in a fire while the gang members attacked his wife.

A message sent to the Captain’s cell phone by Kiryu Hideyoshi –a Revenants gang member–  boasted about the fire being set up by the Revenants, and Clam surveillance footage captured Hideyoshi in the act of sending the message from the victim’s cell phone as well as the entire attack that he and Ayria carried out on Mrs Rousseau.

Corporal Barley Alsop from the HPD turned up during the assault to effectively shoot and detain both Ayria and Hideyoshi, arresting them after the vicious attack was interrupted by Captain Rousseau, the owner’s husband who had notified the HPD of the assault happening.

The gang members were released on bail, sprung out by Orlando Woodbury according to official HPD sources. An HPD Sergeant and a Corporal were able to confirm that the lawyer who owns law firm Woodbury and Walker on King Street bailed the criminals out, and not Bail and Bonds, the usual go to for criminals hoping to secure bail.  Leaked medical information shown to the Observer from a reliable source who is employed in the hospital also discloses that Ayria’s medical information lists Dr Rachell Phoenix, senior physician at Hathian General Hospital, as her emergency contact. Both Ayria and Hideyoshi sustained several stab wounds and gun shot wounds during the stand off between the PD, FDH Captain, and The Revenants gang members; they were treated in HGH. 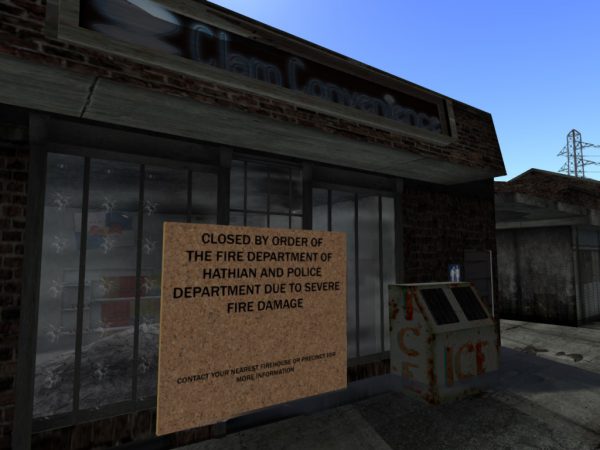 The Clam Convenience Store and the owner suffered another attack on property and life on the 19th of January as a bomb was set off in the store. The owner barely managed to escape with her life and is recovering in HGH with injuries sustained from the blast.  The Revenants sent a message echoed via the dispatch call made alerting the authorities to the ensuing fire which was also recorded through graffiti on the wall of the FDH: “Convenience is inconvenient, isn’t it chief?” The owner of the store identified Hideyoshi as placing an explosive device on the counter which tore apart the interior of the store. An arrest has been made that identifies a blonde female known as ‘Buffy’ to be the vandal who was captured on video surveillance vandalizing the FDH exterior with the message and hanging a dead rabbit to accompany the message on the wall.

Possible motives for the attacks have been put forward as a direct challenge to the FDH because of the FDH Captain’s Addictions/ Substance Abuse Therapy Support Group.  The program was set up by the FDH Captain along with head staff of HGH in order to rehabilitate drug addicts and those suffering from debilitating addictions.  The HPD is also involved with directing those who carry out minor crimes and are involved in drug and substance abuse to take part. Repeat drug offenders are sent to the program to attend therapy as a mandatory part of their sentence.

The Rousseaus revealed that the angry Revenants members demanded for the program to stop, stating their belief that it was a direct challenge to their drug business and activity during the attack. For now the Clam Convenience store is also closed and will remain until fire investigations have been carried out and then reconstruction of the store will begin.