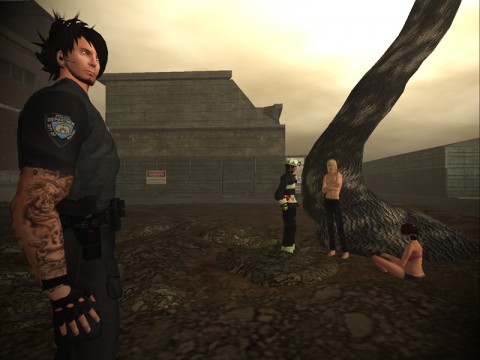 DEVILS POCKET – Police were shocked late Sunday afternoon to find a man both on fire and nailed to an old oak tree merely 50 feet beyond the station walls in Devils Pocket.

The victim, known mostly commonly by the name ‘Lex’, is a member of the Rejects, a longstanding Hathian gang with roots and community ties as deep as the tree itself. HPD Lieutenant Hendrich Andel was first on the scene, and while at press time would not give the names of any suspects, an unidentified woman connected to the victim says the culprits were none other than Ace’s Crew, another criminal group within our small Louisiana town. It’d long been held that these two were working together, though signs are pointing to a change in the tide.

Details are forthcoming with this incident still under investigation, but citizens are asked to contact the Hathian Police Department with any information regarding this case.