By Mark Colletti
Photos by Daiyu Tang and Verity Steel

Excitement filled the theatre as contestants, judges and spectators gathered for the “Miss Hathian” pageant. Women in beautiful dresses were being complimented by men in suits, and the crowd was eager to begin the show. The three judges included Mark Coletti, Jordan Rizzo, and David Pink. 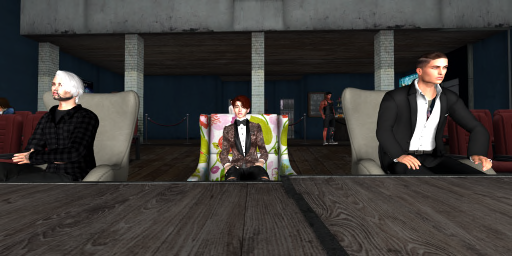 Tats, a frequent presence on the Hathian talk show “Nerd Vomit”, stepped up on the stage calling everyone to their places. She encouraged everyone to take their seats, and leave their guns and knives inside their pockets at all times! 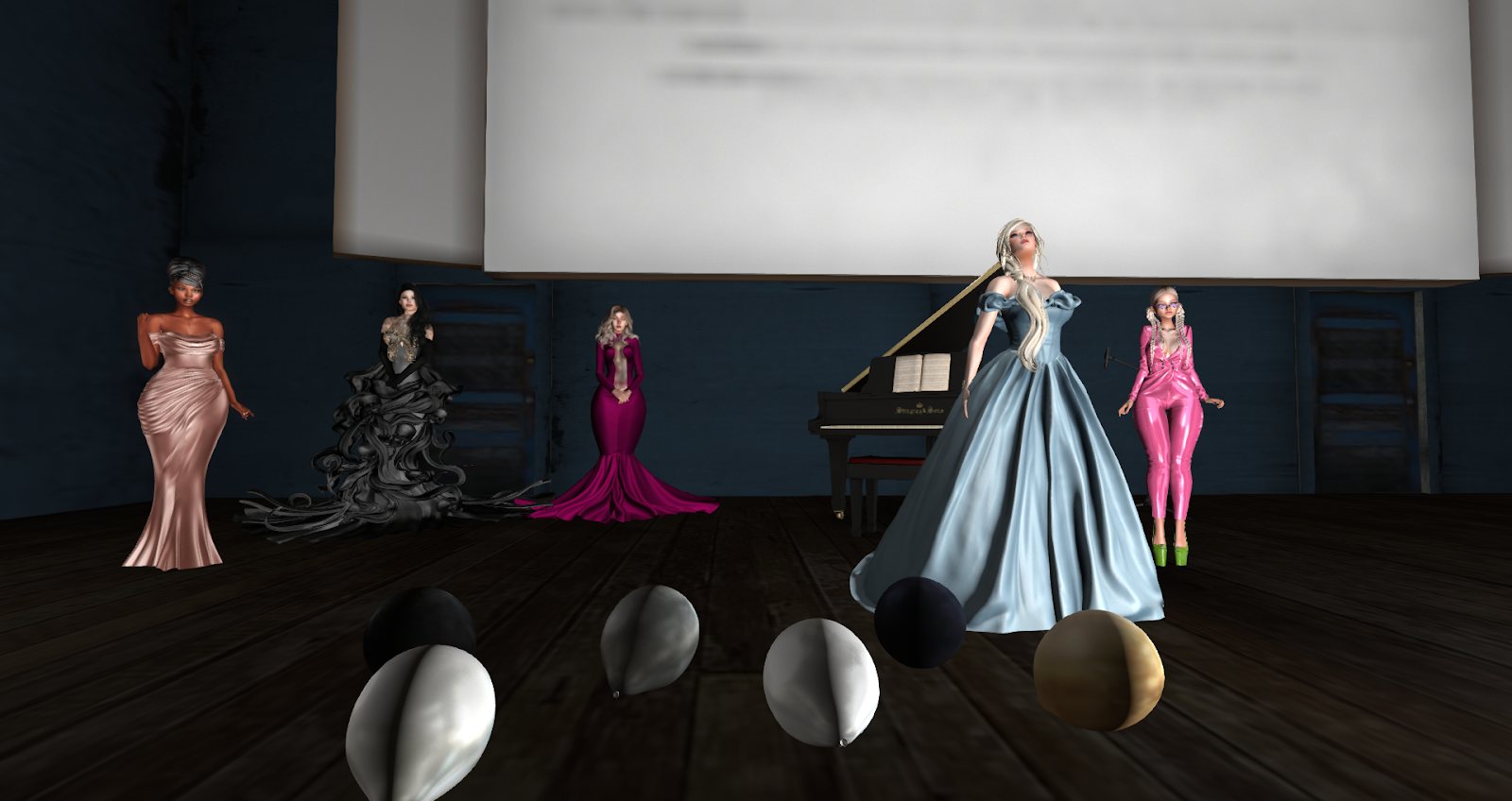 The first task of the pageant was for the ladies to step forward and show off their beautiful dresses. Emily Rose was the first to reveal her beauty. Her shiny-blue gown surrounded her, flowing outwards. Her long blonde hair hung down in a side ponytail. She gave an actual old-time curtsey, letting her gown flow out like a flower opens its petals. She was the last to arrive at the event, so Tats said, “A Cinderella, always late to the ball.” 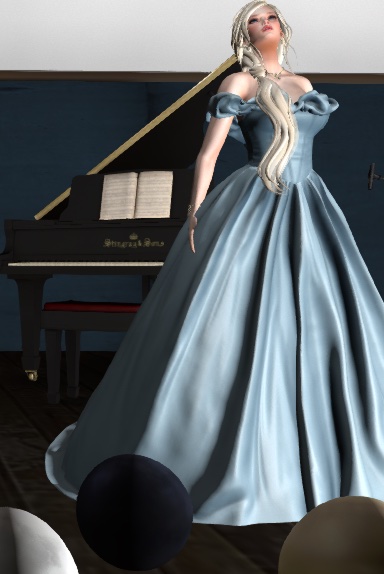 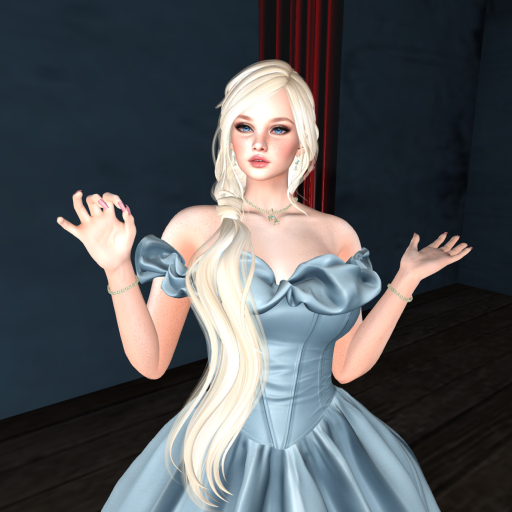 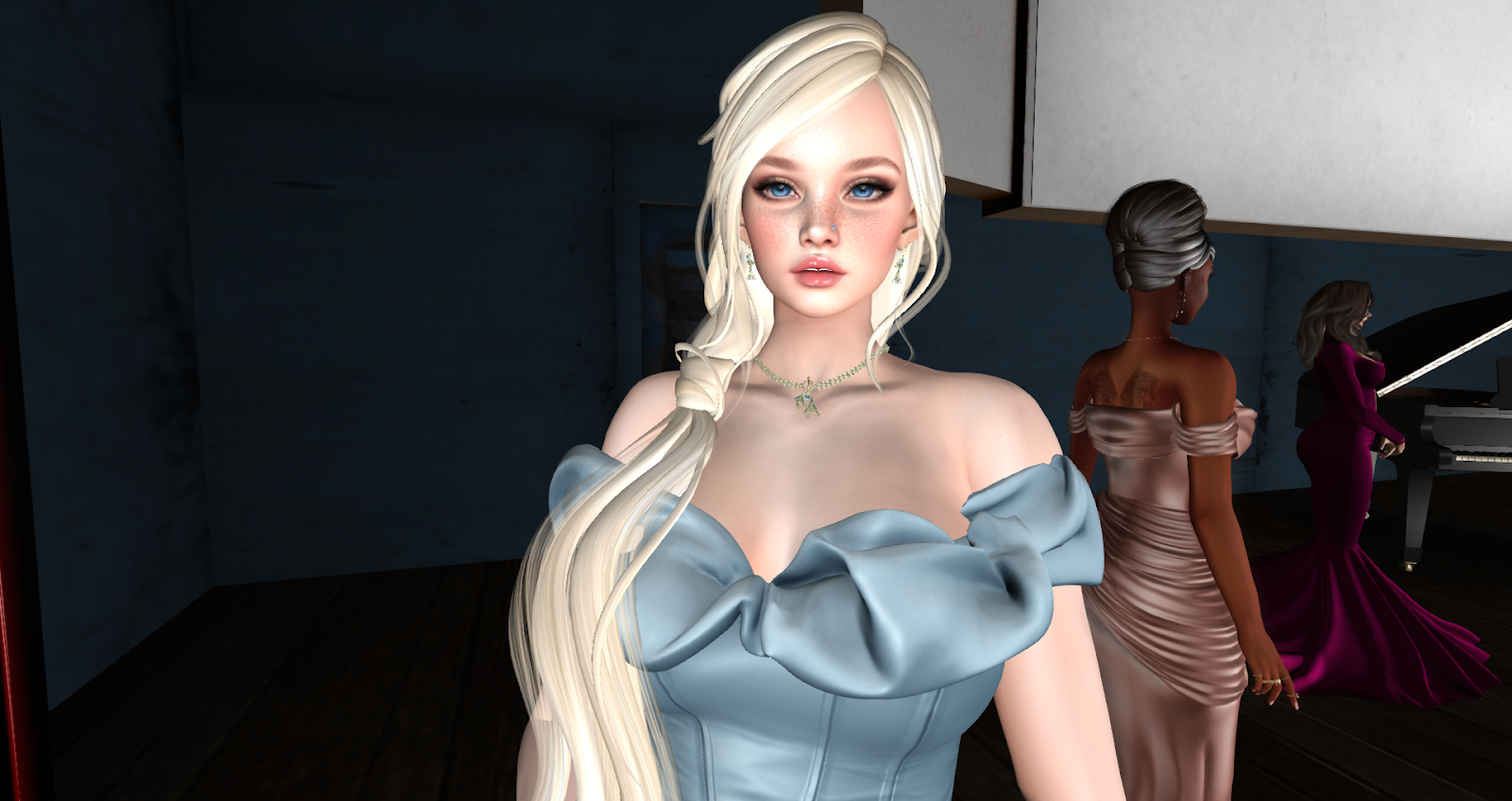 Tats: Emily, loves all sorts of animals – she would just snuggle them right up! She would! She always likes creating music. HOWEVER!” She lifted her finger up. “She is not a fan of liars or spiders. So, Emily…please tell us…what would -you- do if you found if someone lied to you? Do you believe in the weapon of revenge?

Emily: At least I don’t have to worry about my carriage turning into a pumpkin any time soon! That will be how I die, death by trying to snuggle a wild cat… Not exactly. If I found out someone was lying to me; at least if it was about something important, I believe in simply moving on and living your life without that type of person around. The best form of revenge is living your life without them, with peace of mind, and not looking back.

Tats: Death by kitty! Some could only dream of such a fate around these parts. Thank you for your answer Emily. I can see that you aren’t like some of the other people. *looks at the judges*. Please, anything you might want to ask Emily, our opinionated one, while our next contestant makes her way over?

Mark Coletti: Hey there. My question is… what would you do if you saw an animal being abused or attacked? Would you use a weapon and defend it (the animal) yourself or go get help?

Emily: Honestly, yes, I would step in to try and defend it myself. Whether with a weapon or not. Animals are innocent and can hardly defend themselves unless it’s from other animals. Against humans, the fight isn’t fair… It would be the same as if someone tried to go after a child. As much as I would want to get help, because I am not exactly much of a fighter myself, sometimes there’s just not enough time for that. 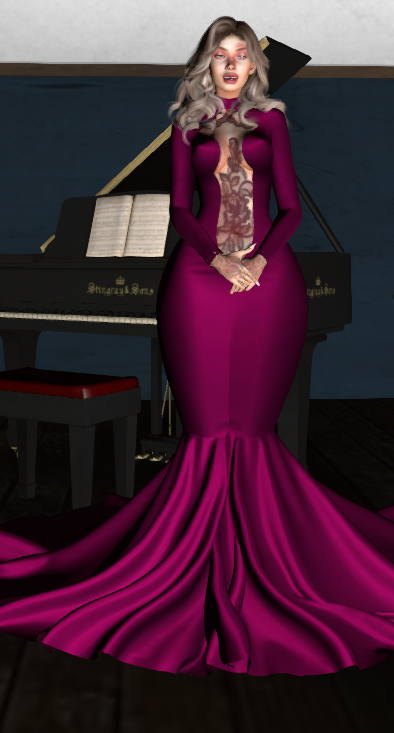 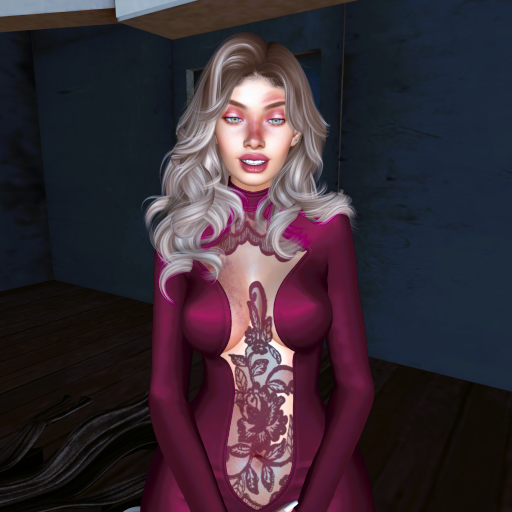 Tats: Our next contestant is Jennifer Boyer. She is the owner of “She Devils Salon”, and is 23 years old! Jennifer has quite the likes. She enjoys MEN on motorcycles – vroom, vroom! She adores puppies! Something we all can hopefully appreciate! Jennifer has a strong dislike for cops. I bet you’re happy right now, huh? So Judges… going to leave this question up to you guys. Jordan, what is your question for Mrs. Boyer?

Jordan: OK, so let’s say you’re Elon Musk rich, and you can invent one thing that you think would make the world a better place. What would you invent?

Jennifer: Elon Musk rich and invent something to make the world a better place. Um, okay. I would invent a way so that everyone in the world would be given at least one puppy in their life and if they are allergic to dogs I would invent a cure to allergies. Thank you.

Tats: Everyone deserves a puppy in their life! A cure for allergies – I need a cure for asthma! 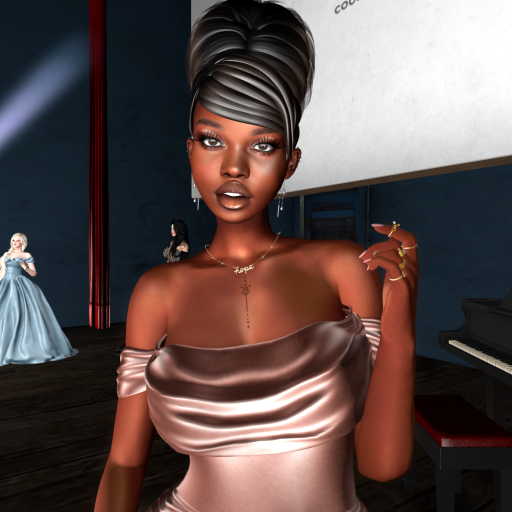 Tats: Asia Banu! She is the owner of Berthier St. Bakery, where me and my Pookie get our free cupcake a day! She always has contests! She is 25 years old, and loves her sweet little daughter. I hear she is quite precious! She also enjoys making all the yummy creations down at the shop! And as we all should, she hates dishonesty…Not a great trait in anyone! If I say so myself. David. I think you can ask Ms. Banu a question.

It was at this point of the event when a loud gunshot could be heard from the middle of the crowd, accompanied by a shout of, “”AAAAAAASSSSSIIIIIIIAAAA!!!!” BOOM! YYYYYYeeeesssshhhh! GIT IT SISTAH!! YA GORGEOUS!” This created quite a stir within the theatre. Those who were armed reached for their weapons, including judge David Pink who, like his namesake, reached for his pink pistol.

Clearly outraged by this turn of events, David yelled out, “WHO THE FUCK DARES TO INTERRUPT THIS SACRED EVENT?!”  David didn’t draw his weapon yet, but he was getting ready too, “WHO WAS IT? WHO?! I SWEAR TO GOD I PULL PUMP YOU SO FULL OF LEAD.”

Tala Coletti, proud owner of the theatre and organizer of the event itself, was clearly not happy. “That might be true just can ya put the gun away and just clap for her please. If you shoot it off again I will have to ask you to leave…”

When Cali heard and saw the chaos she had started, she was instantly remorseful for her actions. “OOPS! MA BAD! SOOWWWY! I jus’…ya know….LOVE MA ASIA!”

Once Tats recovered and emerged from beneath the grand piano in the centre of the stage, she attempted to regain her control and went on with the event. 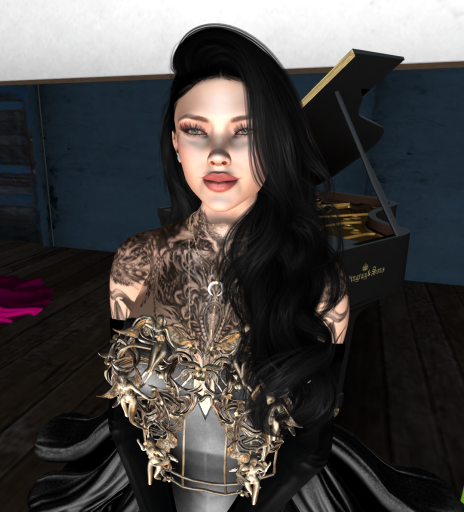 Tats: “Delphine Warpath!” Her voice was shaky, as she spoke. “She is 21, and a singer/dancer for Rize Productions. She loves dancing and um…reading! And she dislikes… Watermelon. This next question is up for grabs by one of our judges. Whoever would like to ask.

Mark: Well… since we’re all a little off now… I’m gonna keep it simple. If you could watch one genre of movies or one genre of a novel, which would it be?

Delphine: I love a good horror film, which I’m sure you can guess by my dress… and, I like reading psychological thrillers. 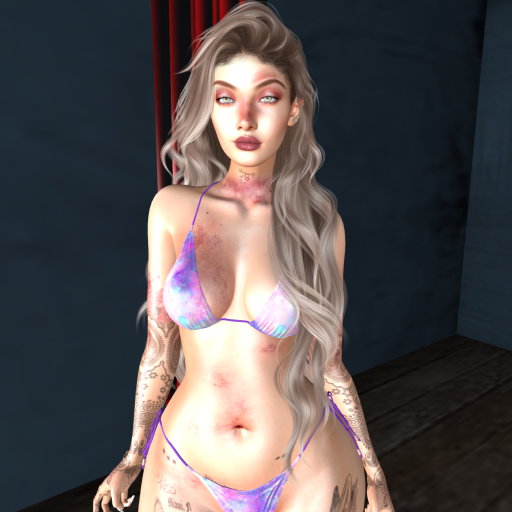 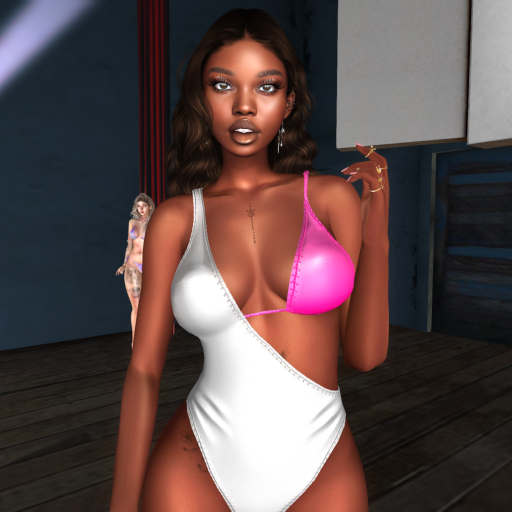 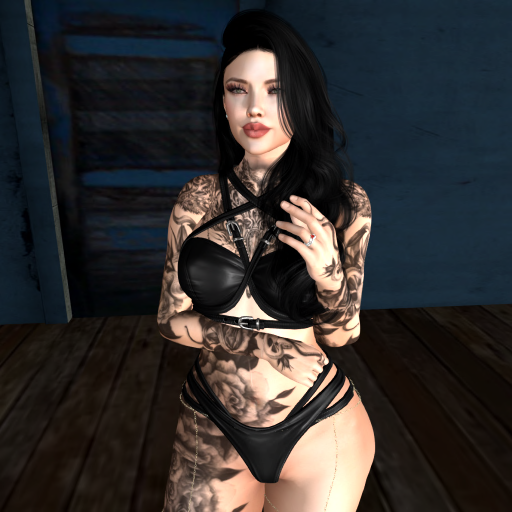 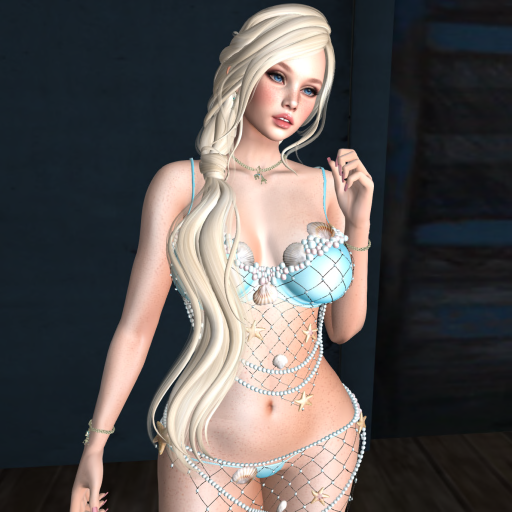 The final round was a talent show. The four ladies came with varying talents, all showing excellent skill and beauty.

Asia played piano and sang “This Girl is on Fire” 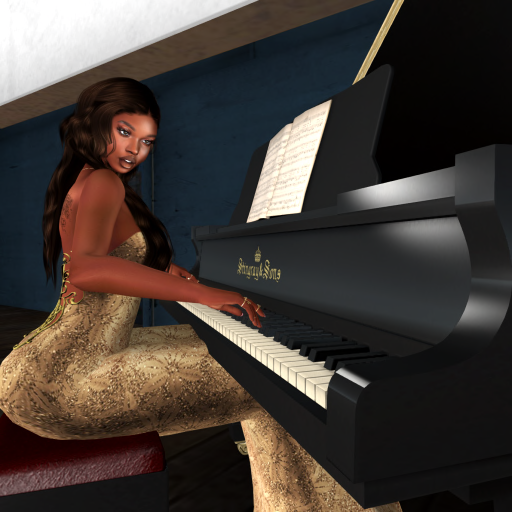 Delphine did a fire dance, literally a girl on fire 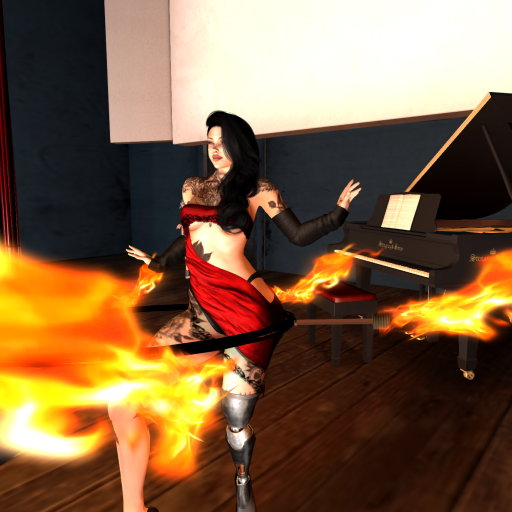 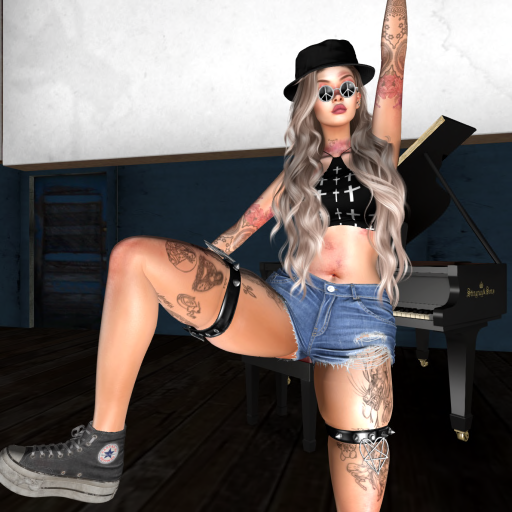 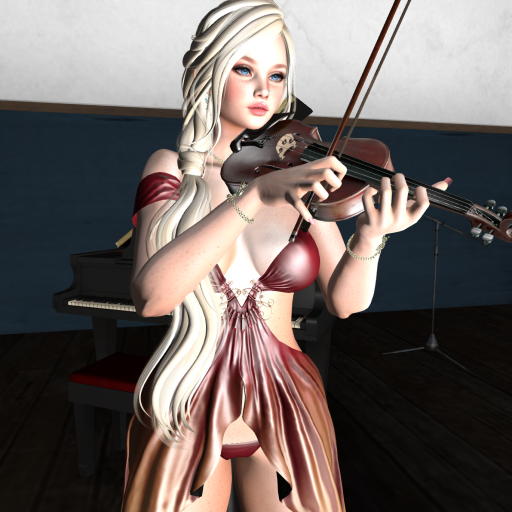 After the three amazing performances, the judges deliberated on their results. Once they had come to a consensus, David Pink ascended to the stage where he milked the moment for all it was worth. The third runner up for the pageant was Jennifer and Delphine became the second runner up.

When he had milked the moment for about twenty-five minutes, David finally announced, “THE WINNER IS ASIA BANU!” This was met with a loud mass of cheers from the audience as they applauded their new Miss Hathian.

Ryder Millet, the controversial rockstar, has been nominated for Best New Artist for the Grammys this…