On Saturday, May 30th, Hathian Police Department officers launched a massive raid on the D.N.D. Import/Export in Devils Pocket.

A confidential source tipped the Hathian Police Department on suspicions of a large trafficking cartel involving D.N.D. Import/Export and the Lions. The police department credits an extensive network of intelligence assets for information leading up to the raid.

Hathian Law Enforcement converged on the premises at around 11:00 AM. Roads were blocked as officers in riot gear and a K9 unit poured in through the three access points, through the office buildings and warehouses. An estimated twenty officers were present. Resident vigilante, Batman, was also on scene to see that justice prevailed. 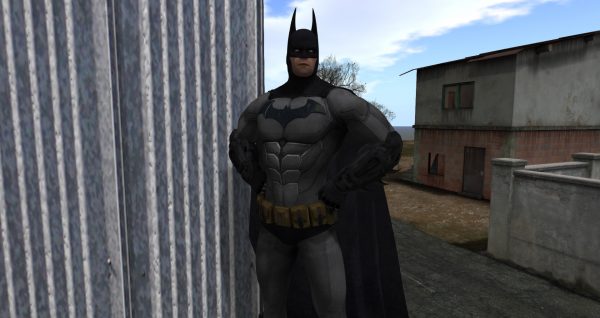 As officers started arresting suspects, a series of massive explosions rocked the area. Two flatbed trucks and two Hathian Police Department vehicles within the compound exploded, sending huge plumes of smoke up into the air.

Suspects and officers suffered multiple injuries. Many were treated on the scene for minor cuts, abrasions, and bruises. Others required medical treatment at Hathian General Hospital. Most suspects were medically cleared to be taken straight to jail.

D.M.D. Import Exports is registered as owned by Jack Robertson.

Bowen McKrieve, a witness to the D.M.D Import/Export raid, gave a written statement to the Hathian Observer based off his observations.

“My company was working on the transporting of vehicles. My team and I were at Mr Robertson’s warehouse to oversee proceedings as it was our trucks being used. As part of our service for new clients myself, my business partner Miss Redenblack and our team attended the warehouse, ensuring their property was handled correctly and professionally. While we were conducting our business Police showed up in riot gear and immediately started to arrest both mine and Mr Robertson’s employees at no point was a warrant shown but as a law abiding citizen I complied with police officers as ordered.

During this time there was a massive explosion outside that destroyed two LL Warehouse Trucks in addition to two HPD cruisers, damaging one further police vehicle while all I could do was watch on handcuffed while laying on the floor. I tried to assist an officer who was thrown to the floor in the blast, a colleague came to their aid, completely ignoring me, they started to move everybody into the vehicles to go to the hospital or to the police station while I was left cuffed and forced to find my own way out of the building and through the devastated burning vehicles to safety. You would think this was enough of an ordeal for one man and one day but then later when received an urgent phone call from my lawyer who had heard rumors that myself and my team including my business partner, and Mr Robertson and his employees, would be charged with domestic terrorism.

If it was not so serious, I would laugh at the absurdity that I would risk my business, my life and that of my employees, and my business associates and his staff for what? As far as I am aware there is no evidence to back up this allegation, and yet myself, and the employees of both companies were arrested and now are being held without any rhyme or reason. What makes this worse is that it seems like the Lions Organization is being targeted in an attempt to destroy our reputation, it is only our employees that seems to do a full-term spell in jail, that we are the only ones being harassed, arrested and raided without explanation and without charge. What makes this worse is that there were women arrested that HPD used as human shields against the blast, Who exactly re HPD protecting and serving?And who polices the police? Who do you call when the oppressors are the ones oppressing innocent business owners?

My conscience is clear it seems like the Hathian Police Department have more questions to answer about their conduct than the Lions Organization ever did.” 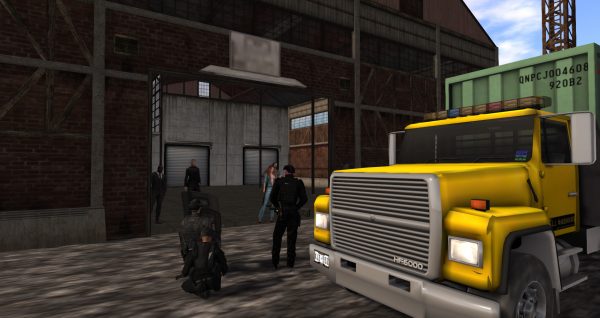 “The warrant was served as a No-Knock Search Warrant,” said Williams, “No individual was targeted. Charges were laid after the fact due to incidents during the serving of the warrant. Charges can not be shared, due to an investigation still being underway… As of yet, five individuals have been taken into custody. Ongoing investigations may bring to light further suspects.

Events related to the alleged crimes and raid are pending investigation.

Dear Grace: Sad in the city

Could It Be Corruption: Where are the Public Funds For Civic Construction?

by Girl Behind the Lens – Daiyu TangPhotos by Maxine Montgomery Author’s note: Sources, other than the…

by Girl Behind the Lens – Daiyu TangLocation: the Hathian Theatre Reader, it’s been a strange few…