Bill Crumb, otherwise known as Humbert Fields and Mr. Happy, was the wheeled out of the Observer office with a major gash through his throat. Reporters Ridley and Caliea Farrjones witnessed as Crumb admitted to drug trafficking, murder, and corruption. Crumb was an officer of the Hathian Police Department.
Crumb, informed he wasn’t recorded, reached for a knife from his jacket. Before Crumb could attack Farrjones, he was struck in the arm with a a baseball bat knocking the revealed knife to the floor. Crumb then carved into his own neck with the blade. Paramedics were called, but nothing could be done for the man who met a foul end at the hands of his own.
With the unrecorded admission, the information is worthless unless a living informant was to come forward to answer the question, “Just who is Bill Crumb and what secrets did he take the grave?” 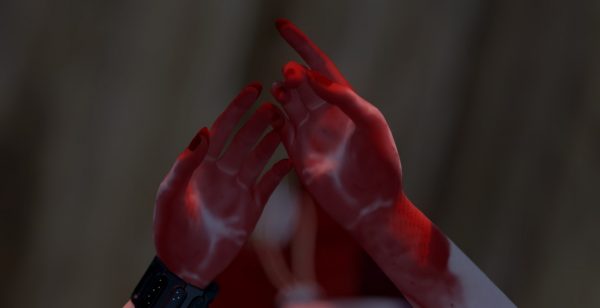 The people of Hathian were never been particularly safe, but this brings into question who really is in charge at the Hathian Police Department? Are they even worth having around? If law enforcement is trusted to investigate themselves, of course they will turn up no information. There is a poison to this city and its not the crime, its not the street walkers, its those who refuse or are too incompetent to take care of the city. Where is the justice? You tell me.
Share this