Over the years, several gangs have come and gone in the dark, corrupt city of Hathian. Many of these gangs wreaked havoc and violence without any restrictions and tortured victims to meet their own salacious goals. Everything from rape to murder to kidnapping to stabbing to human organ theft… Hathian has seen it all.

But over the past year, there has been a severe decline in gang activity. Oh sure, there are still criminals that roam the streets of Hathian, making life hell for anyone who would cross their paths… but has the idea of organized crime become a notion of the past? Has the HPD finally succeeded in purging the city of its most notorious gangs? Or do remnants of these gangs still remain, lying wait in the shadows, perhaps not as obvious or affiliated, but still very much active?

The cemetery in Hathian has been a centre of crime for the past several years. The notorious “Demons” gang (the Devouring) seems to have dissolved, but the Crow family is still very active in Hathian today. Most noticeably, in the form of the “Crow Family Funeral Home”, located kiddie-corner to the cemetery, overlooking the beach. Curious about this sudden development that seemed to come up out of nowhere in the past few months, I endeavoured to look into the history of the place, and how this family went from shunning away all visitors to the cemetery to now welcoming them with open arms.

As I approached the cemetery in the early hours of this morning, a black-dressed figure stood amidst the gravestones. She wore gloves on her hands and the only skin visible was her face, which in itself is a rarity for Hathian. I had seen this woman once before, but I did not know her name.

I asked the woman if she was there mourning the loss of a loved one, and she said that she was not and turned the question back around on me. I looked around the cemetery and told her about how much history there was there, and how the Demons and the Crows family seemed to have disappeared, but then out of nowhere the Crow Family Funeral Home pops up out of nowhere. I pointed out that it was intriguing for this family known for its violence and mayhem was suddenly now turning their past into a viable business.

She pointed out that people played to their strengths, and that it was a form of rehabilitation, but I still felt as if it was too easy. Especially for an entire family to be “rehabilitated” into a business, working-class family.

At this point in the conversation, a woman dressed in all-white joined us. I had seen her before around town as well, and knew her first name. She had seemingly heard the tail-end of our conversation and said that the idea of the old days where their family chased everyone out of the cemetery didn’t sound like them at all.
The black-dressed woman then stated that rehabilitation took many years and that it was a constant balance of several healing techniques. She greeted the white-dressed woman as her sister and I stated that the first woman had proven my point. Rehabilitation should take years, but it had been less than three that I myself had seen this kind of violence first-hand right there in the cemetery.

The white-dressed woman stated that she appreciated someone that did their research, and that there was more information in the news archives about what had gone on in the past. Knowing this was true, as I of course was an avid follower of the Hathian Observer over the years, I told her that that may be true, but I wanted to know how things went from as they were in the past to as they are today.

The black-dressed woman then introduced herself as the proprietor of the mortuary, and that her sister was her embalmer. She stated that her family had been gone for nearly ten years and that there had been a new brood or two in the church while they’d been away, and that perhaps that was where my beef lay. She then stated, “Come now, my dear. . .Scooby doo has some investigating to do . . .Let’s hope he doesn’t try to pull our faces off like masks when he thinks he’s solved the mystery. . . ”

As I watched the two women leave together down the hill towards the funeral home, I overheard the white-dressed woman say, “You think they could just let the past lie still, good job I was good at hiding back then…”

Something suspicious ate at me, and I felt as though I had stumbled upon a landmine. However, I would have to continue digging if I really wanted to know the truth of this notorious family, and how suddenly they seemed to be so trusted with the final arrangements of our loved ones’ lives. 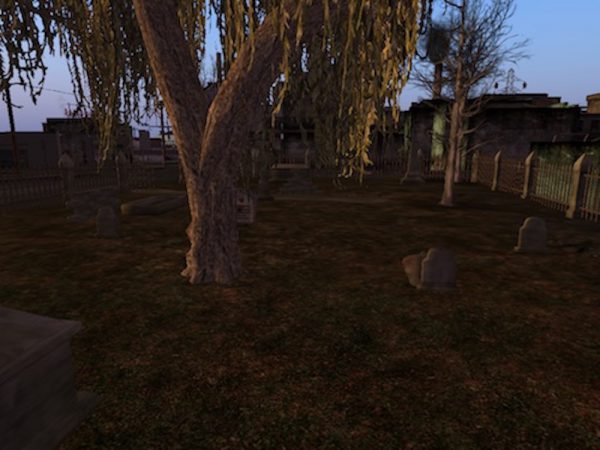