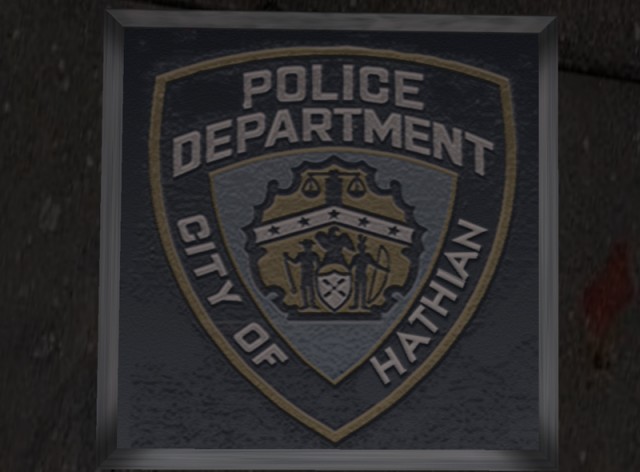 Street violence in Hathian seems to be a daily event, with the Hathian Police Department having little or no control. They are ineffective in preventing it occurring and seem incompetent when it comes catching those that orchestrate it. These are not idle words added to the list of complaints against the HPD, these are backed up by my own experience, first-hand.

I do not apologize for pointing a finger at HPD, whilst they may not be the perpetrator of the crimes, they are the reason they occur in the first place. I shall illustrate this by my own experience, following an attack on myself that occurred on Sunday 14th October 2018. An attack that left my face cut and bruised and me left unconscious in the street outside The Slab Butchery. I should also mention the attack against me, was for doing what any decent law-abiding citizen might do when seeing someone else being attacked in the same street; I tried to calm the situation.

The attacker, a crazy Japanese woman the police are still trying to trace, despite a clear description of the woman, with significant unique attributes that should allow even a blind man to find her, is still at large. This woman is dangerous and should not be approached, she is somewhat deranged and capable of serious violence. She carries a switchblade and is happy to use it on anyone, even the innocent. Despite being heavily overweight, do not be fooled into thinking she is too slow to matter, she is a very serious threat.

There were two women involved in the attack against me and both acted like crazies, probably down to participation in the rising illegal drug and alcohol business that HPD seem equally unable to handle. Whether it be drugs or liquor, Hathian seems to invite them all with HPD probably the ones handing out the licenses. I should point out that I have no evidence of that, so it is only added as opinion, but one a great many other residents share.

When I reported this crime, I met with HPD Officer Dumont at the station. I should point out there are two of them, brothers it seems. The officer that took my statement seemed tired and hungry and disillusioned with his job. He took down the details I gave him and showed me a set of mugshots in a police criminal album. Heaven knows what they do with these pictures, touching the pages was like thumbing through Playboy Magazine after it had been passed around a pack juvenile teenagers.

When I set out yesterday evening, to catch the bus to the university, for Psychology 101 with Dr. Requiem ‘Em’ Swampy (a course I recommend for other students to attend), I was not expecting any drama. In fact, I was surprised to see both Dumont brothers on the job, or at least that was my first impression. There they were, standing virtually on the spot I had fallen, discussing not my case, but the ticket he served on some “tranny with his dick out” and the “great ass” on some woman he knew in New York.

Imagine my shock and horror, when I turned the corner to see one of my attackers standing right behind them, leaning in the doorway of said butcher shop. Of course, I immediately raised the alarm, pointing out to HPD’s finest, that the woman was one of them. 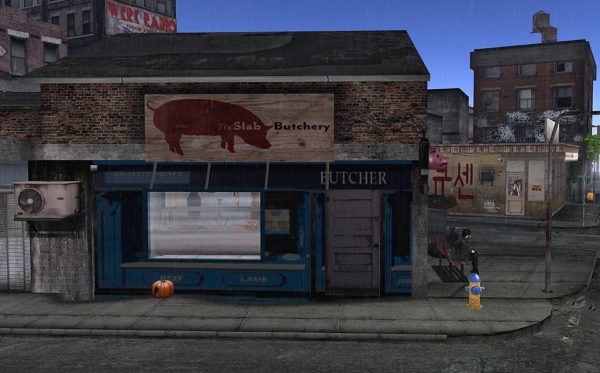 What ensued was a shambles, the other officer needed to put out his cigar before moving to arrest anyone and was completely unaware of the current active investigation. He told me to “Pipe the fuck down, before he wrote me a ticket.” Good to know, they are patrolling the streets in search of offensive noise. The one that took my statement was a bit sharper though and reacted to prevent the psycho bitch from the butchers escaping. At first the woman was all, “I don’t know who she is” and “nothing to do with her”, but when I mentioned the crazy Japanese women, she inadvertently acknowledged her “sister-wife”. Then realizing she was implicated, she starts attacking Officer Dumont, the one who took my statement; they were reluctant to give me their first names, so I might have been able identify them properly and as they almost look like identical twins, it is hard to distinguish them apart.

The officer was more than a match for the wild woman and soon had control of her, even it did take an intimate exchange between the bitch and the butcher’s door to subdue her. The brother meantime wanted a statement and was asking me about “the mental toll this might have had on me” and “how did it make me feel”. In that moment, I wasn’t sure if I was speaking with HPD or Dr. Phil, it was very bizarre.

In the midst of everything going on, the tackling of the crazy suspect and my own highly unusual, on-the-scene interview with the psychiatrist brother, who might be best suited to counseling rather than police work; the brothers continued to discuss, arrangements for food and asking if it was “Taco Tuesday” or not.

I do have to credit Officer Brothers Dumont, they did eventually haul the woman off to the station. I will watch with interest now, to see if they can find the knife-wielding, overweight, crazy-eyed, Japanese Psycho. My hopes are not high as they never are, with the Hathian Police Department. I am not one to bring about change, but maybe, this city needs a shake-up.

The account given here is a personal one, from being the attacked in this case. The names given, and quotes made are as accurate as possible, taken from my own notes. Opinions are my own and do not necessarily express the feeling of other residents, but I write this piece as an observation of the effectiveness of HPD and the rising crime in Hathian.

Zombie Walk for the HGH!