The Columtreal Looters Cheerleading squad landed in Dallas last weekend for the teams first ever shot at a National Championship.

And amazingly, to everyone but the squad itself it seems. They brought home the trophy.

Captained by Buffy-Ella Millet, and Coached by Lisa Sagan, the team have been working extremely hard raising funds in the Hathian community to pay for the trip to Dallas, and “cheering until they bled” as the Captain put it.

The Looters gave a raunchy performance inspired by their home town which involved some extreme acrobatic stunts, some very dirty dancing and two girls kissing atop a pyramid, to the tune of Katy Perry’s “I Kissed A Girl” – and the crowd liked it. 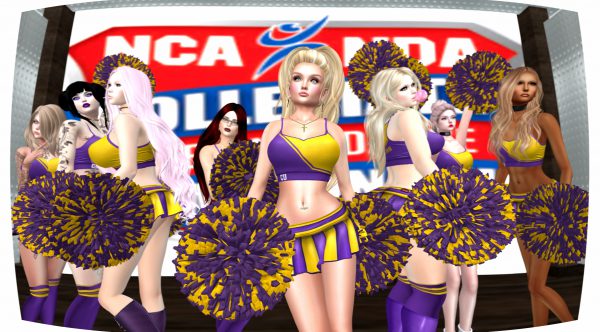 Of the performance Coach Sagan said “we didn’t want to play it safe, we’re from Hathian, we represent where we’re from.”

However the 1st place prize wasn’t given without controversy – the favourites for the title; the University of Louisville cheerleaders who have won Nationals five times before, accused the Looters of bribing the judges after an earlier incident, when Ariana Scarlet of the Columtreal squad was docked points for breaking the uniform rules.

When it was reported, Looter squad member Manon Goldigger paid a private visit to the judges booth and the matter seemed to be forgotten about by the judges, but not by the U of L and a fight between both teams broke out on stage during the prize giving ceremony.  Members of both squads have been charged with assault by the Dallas Police Department.

Despite the controversy, the Looters have brought a trophy home to Columtreal University for the first time since Hurricane Katrina.

It’s something we should all celebrate. 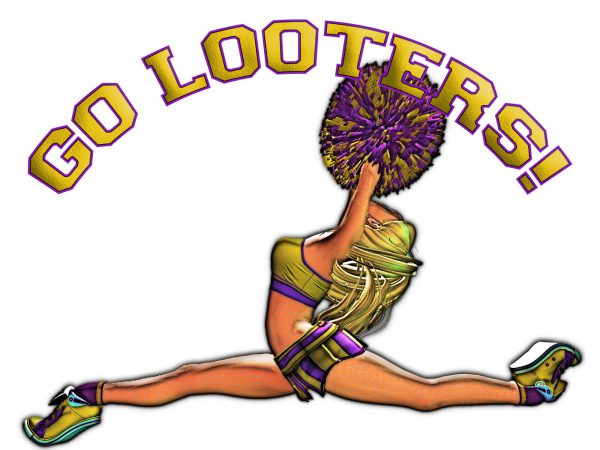