A body of a young lady very close to death was found at the cemetery Wednesday afternoon. The identification of the lady was not possible thus far, as Fire Department of Hathian did find identification on the body and handed it over to the police, but this information was not considered necessary to be shared with the citizens as of now. The Emergency Medical Technician who attended to her described her as a possible rape victim, with stab woulds and broken bones. She was bleeding profusely and unconscious.

Due to another emergency in the city the Haitian Police Department (HPD) and the Haithian General Hospital (HGH) took a little time to report to the scene. Three citizens, a Mr. Raph (raphael2376), our reporter Mr. Abu Muhammad (CharBel) and his guest Ms. Abigail Shepard (daimon.titanium) beat them to it (in order of arrival). 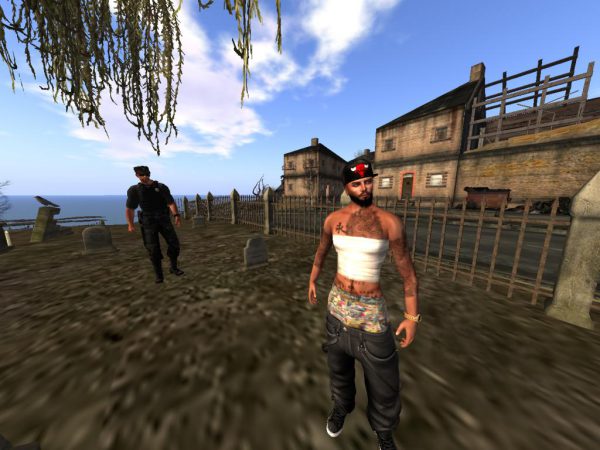 Mr. Raph had gone out of his way to bandage the stranger’s wounds with his shirt despite his ill health. But the officer on duty only looked at him with suspicion, tasered the man who had his arms raised, and arrested him.

Despite request of our reporter, the ID of the victim has not been disclosed and are working on getting this information or the citizens of Hathian.