Pageant contestant Penelope “Penny” Pickles (21), showed up at the Haithan Police Department (HPD) lobby on the night of April 19th around 11pm with a bomb strapped around her waist and a cardboard sign that read, “Mind the Rejects.” The obviously distraught young woman could be heard whimpering “I’m sorry, I’m so sorry” before screaming in her final moments for her father before the ticker reached 0. Luckily to Ms Pickles, the deployed bomb squad, officers on duty and current inmates, the bomb was only a decoy and send a cloud of confetti into the air while relaying a flatulent sound on explosion. As a result, Ms Pickles suffered minor shock and was treated for 24 hours at th Haithan General Hospital (HGH). 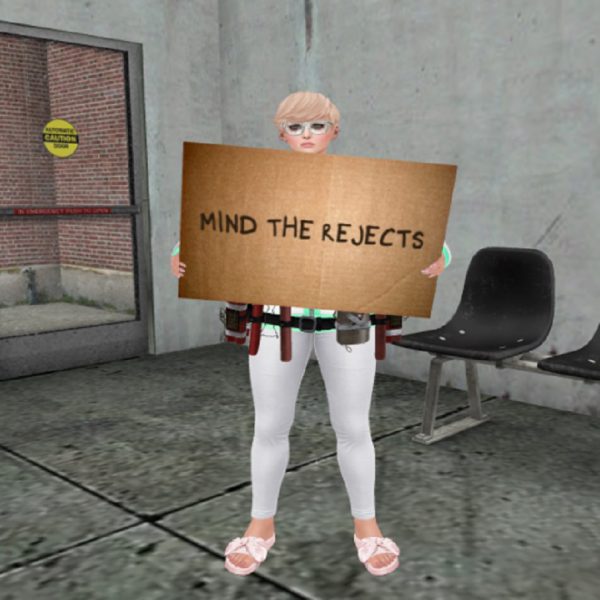 The Hathian Observer reporter learned in an interview with Ms Pickles and quadriplegic father, John Pickles (42), that the small family had only just moved to town 4 months ago from Seattle, WA. With her father recently laid off from Boeing, the pair have been living off of the severance package that was given to Mr. Pickles upon his departure from the company. Why move here you may ask? “The cost of living is cheap and it spreads out our money longer than if we’d stayed in Seattle,” Mr. Pickles had stated, “And with Penny only being a tattooing apprentice, we don’t have a second source of income as of yet.” Which is precisely why Ms Pickles joined the local pageant. The prize of winning free groceries for a year from Clam Convenience was/is enticing.

Currently, Ms Pickles and her father are recovering at home and trying to get back their normal routine which still includes participating in the pageant. “If my daughter is anything…she’s resilient.” her father boasted. “She has little time for anything else between learning her trade and coming home to take care of me…I don’t know how she does it and still have time to prepare for this thing now with the added stress of this incident. But she won’t let it stop her from doing what she wants to do.” Loving words from a loving father.

With only a few hard facts known about this incident, it leaves us to ponder how this all occurred in the first place. And what it had to do with the notorious Rejects.

Regardless, we here at the Hathian Observer wish you the best with your recuperation, Ms. Pickles.