The Hathian Observer can exclusively reveal that Lieutenant Kyna MacMannus of the Hathian Police Department has been arrested.
The arrest may come as no surprise to some—an outspoken member of the force, Corporal Circe Dionysus, went on record only recently to state that Lt. MacMannus had done wrong by releasing a Reject gang member—-who is wanted for murder and child abduction charges.

The Observer has since learned that  Dionysus was able to apprehend and arrest Fenna DeCuir— but in a shocking turn of events, things at the HPD seem to be imploding with the LT’s arrest.

According to another police source who wished to remain anonymous, the Observer can reveal that MacMannus is allegedly behind the cover up of another police officer’s murder.  The anonymous police source, who’s texts were verified by the paper, stresses that MacManus covered up a murder on the behalf of a known criminal, identified as a ‘Heinrich’.
The murdered officer appears to have been a rookie Officer by the name of Lei.
Texts shown from the source state that: “‘Heinrich killed her [Lei] she knew it was coming and covered it when it hit the news it and covered it.'” The source also alleges, “Kyna betrayed the HPD with those biker fucks.  She got officers killed and all sorts of shit to protect her friends.”

The Lieutenant also allegedly released Decuir with promises to pay the woman 5,000 dollars to take out a hit on an unidentified woman.

[A video of Lt MacMannus clearly behind bars in a cell is included in the article in a brief clip, where she is clearly heard saying to the camera, “I saw that there was someone in a cell that had obvious beef with her, I figured why not? My hands stay clean and she gets what she has coming to her. Win win for us all…Though I suppose now, I don’t have to much worry about the semantics of the deal, do I…?”]
Lt MacMannus has suffered public trouble before with revealing pictures of herself apparently enjoying an extra marital affair and of her home surfacing on twitter and this very newspaper, which resulted in a divorce for the Lieutenant and a change of address since criminals were alerted to her home location. 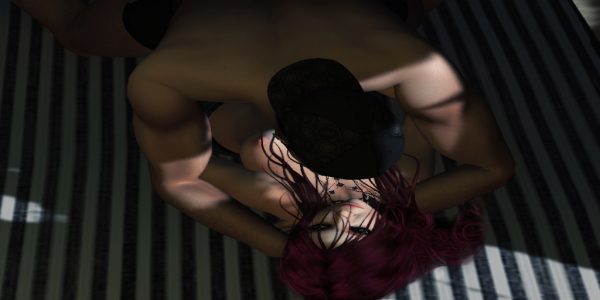 Lt  MacMannus has also been involved in a very public argument between FDH and HPD, which saw the HPD siding with one of their police members when the FDH claimed that the officer had killed and covered up a former FDH crew member. This lead to several incidents involving the same police officer before an agreement was reached, presided by MacMannus herself.
However, these details and the news of yet another cover up of a murder—-this time of a police officer—- also poses the question is the  covering up of murders a routine affair in the HPD?
With the arrest of the Lieutenant, some will argue that the HPD and it’s Captain Walter Bishop have not yet managed to clear the deck of criminals working within the Hathian Police Department, with those in high ranks being accused with  charges of corruption,  criminal connections as well as murder, premeditated killing and cover ups against Lieutenants themselves.
On an optimistic note others may point to the leaking of information by sources in the HPD and take hope that there are those in the precinct who want to get rid of corrupt figures and expose their dealings to the public.
Share this