Louisiana had the highest murder rate per capita among all states in the country last year, a streak the state has maintained every year since 1989, according to new data released by the Federal Bureau of Investigation on Monday, September 26.

Calculated as crimes per 100,000 people, the FBI’s murder rate marks a key metric in the agency’s 2015 Uniform Crime Report. Aside from murders, the annual report also compiles data for other violent crimes–rapes, robberies and aggravated assaults–property crimes, weapons types, victim profiles and demographic analysis. The report categorizes data according to national, state and local jurisdictions. 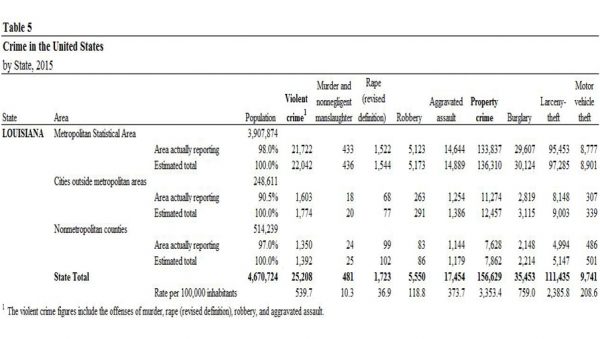 Louisiana logged 10.3 murders per 100,000 people in 2015, contributing to a total of 539.7 Violent crimes. This ranks Louisiana as fifth out of all U.S. States for violent crime in 2015. How much of these statistics are effected by our little parish of Hathian?

With statistics like these, it’s not surprising to find criminals lurking around every corner, leaving hope a rare commodity in these run down streets. However, hope is just what’s on the docket at Woodbury and Walker. It has only been a couple weeks since the United Kingdom’s powerhouse law firm has branched out and started it’s first-ever state-side satellite location here in Hathian, Louisiana. Not a moment too soon.

The observer had the chance to sit down with Senior Partner and Board Member, Orlando Woodbury to find out a little more about his plans for his firm, and for Hathian in general. 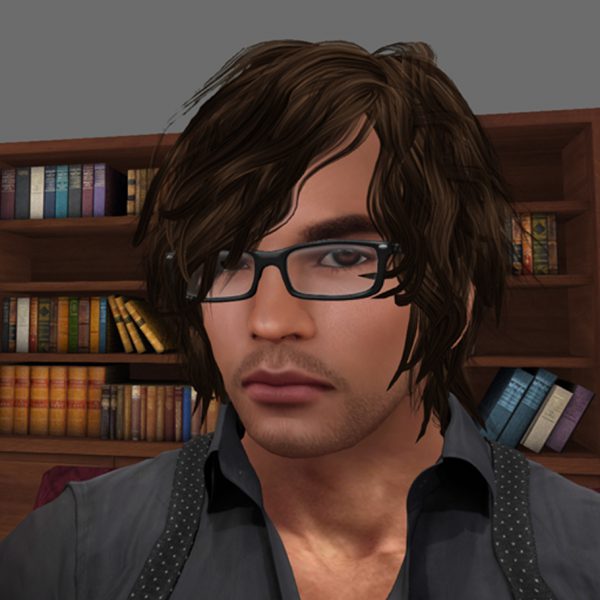 Observer: “Mr. Woodbury, you’ve been a lawyer in Hathian for some time, what has suddenly spurred you to start your own firm?”
Woodbury: “I’ve always been part of the firm- its my fathers firm- or more exactly my family’s legacy. When I came out to Hathian I guess I figured I would operate alone- but given Hathian’s… unique set of circumstances…. I realized very quickly that it needed more support than I could realistically cover by myself. Lawyers in Hathian seem to come and go- what the citizens need is people that will stay, listen, learn and understand. I’m gathering people of like mind to ensure that Justice is served. It hasn’t been that way for some time.”

Observer: “Woodbury and Walker is a known and powerful name in the United Kingdom. Do you intend to wield that influence and power here on American soil?”
Woodbury: “I guess that depends what you mean about wielding power and influence? I find in most things in life, there’s a direct correlation between knowledge and power. Now… law is law- and I will bring the experience and resource that the firm has with me yes- but it’s still new to Hathian, and I appreciate the skills of those local lawyers that really know the lay of the land here. I think the backing from London gives us unprecedented access- but I’m very keen on ensuring that we grow here as if we were a smaller firm, building up to something.”
Observer: “So, you have acquired a reliable roster of legal counsel you can depend upon already?”
Woodbury: “I’m acquiring, yes… I already have a couple of people that I trust, but I would like to grow the office. There’s a lot of people in Hathian- and a lot of miscarriages of justice. People need to know we’re here and available. That’s hard to do with a small team.”
Observer: “So, what you’re saying, Mr. Woodbury, is that you’re recruiting more experienced Lawyers for your team?”
Woodbury: “No, that’s not what I’m saying. I’m more than experienced- I’m saying I’m recruiting more lawyers and that I expect them to have experience- in particular of the unique microcosm that is Hathian.”

Observer: “Tell me, Mr. Woodbury, what do you and your firm intend to do when you meet the brick wall that is the HPD? They’re not known for cooperating or following proper process.”
Woodbury: “No indeed. The HPD follows their own rule book, and I use the term ‘rule’ book loosely. But their sloppiness will be their undoing. Any entity that feels they can take the law into their own hands- and indeed- that they ARE the law- will soon find themselves at the wrong side of it. I think its important that every person in this city hiding behind their badges and their titles and feeling untouchable knows: the status quo is changing, and we’re here to give Hathian’s citizens back their voice. Exactly how we do that is…. Trade secrets I’m afraid…. Hathian has more problems than simply the HPD- and I wouldn’t want to oversimplify it as such, but there’s no doubt in my mind that they are a big part of the problem.”

Observer: “Anything you wanted to add to this interview, Mr. Woodbury? I don’t want to keep you too late.”
Woodbury: “Only that Hathian has been beaten down for so long. People feel hopeless, and have got used to be being beaten, abused and lied to. The citizens of Hathian should know we’re here, that our doors are open- and we want to hear them. Its time to come forward and speak up. It’s time to face the monsters under the bed, and the abusers hiding in plain sight.”

Orlando Woodbury has made it clear that this firm’s purpose is to see to it that actual justice is served in a town that has seen little of it in a very long time. How this endeavour will fare against the powers that oppose it remains to be seen. At the very least, we can say: Hathian has a champion for justice. Lets just hope he avoids the spandex.

The State Finally Steps In

Looking to Rock Your world? (MEN ONLY)