There are many dangerous jobs in Hathian: police officers, firefighters and prostitutes, to name just a few. Now, you can add psychiatrists to that list as well. About two weeks ago, Dr. L. Onwuatuegwu, a psychiatrist who works at Hathian General Hospital, suddenly disappeared during the middle of his shift. But it wasn’t until this past weekend that his pasty-skinned sister, Katya Onwuatuegwu, came to the newspaper office to request assistance in finding her brother.

Speaking with about as much enthusiasm as a prisoner giving a forced confession, Katya provided photos and some basic information about the missing doctor before making a deadpan appeal for help. 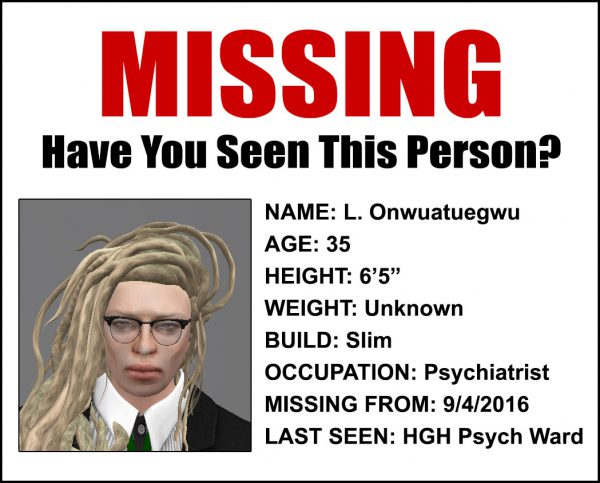 Some identifying characteristics of Dr. L. Onwuatuegwu are that he suffers from albinism and has an obnoxiously difficult-to-spell last name (I would know). He was last seen at HGH on Sept. 4, shortly before leaving for his lunch break. According to his sister, the doctor called her and left a voice mail on the same day, and background noises on the message indicate there was likely a violent brawl taking place nearby.

A reward is being offered for any information that leads to the discovery of Dr. Onwuatuegwu’s whereabouts. Please contact the Hathian Police Department or Katya Onwuatuegwu (Katya Praga) if you know anything. 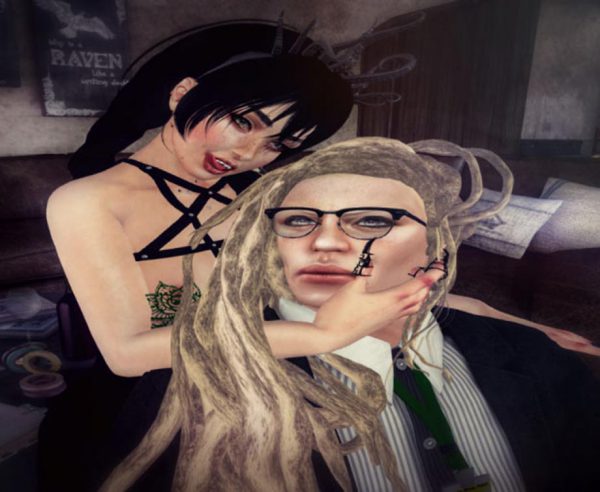 Dr. L. Onwuatuegwu in happier times with an unknown female.

While working on this article, a couple things stood out to me:

With that said, on behalf of the Hathian Observer, I would like to offer my thoughts and prayers to the entire Onwuatuegwu family.