For those of you who know local biker Draven Crosse, this is the image you are used to seeing; a man in leather, long hair with a composed attitude. He was more known by other bikers and a few other friends, though he tended to keep to himself. Sometimes he was seen hanging out at the local bars, getting a dance at the Titty Twister, or just riding his bike down the road to enjoy the ride.

However, that all changed on the night of August 5th, 2016. According to witnesses, Draven was very upset on this night and even attacked his best friend in the middle of the street. Afterwords, he was seen driving recklessly, which led to him hitting the median just outside of Jimmie’s Chicken Shack, causing him to fly off his motorcycle and into the unforgiving pavement. 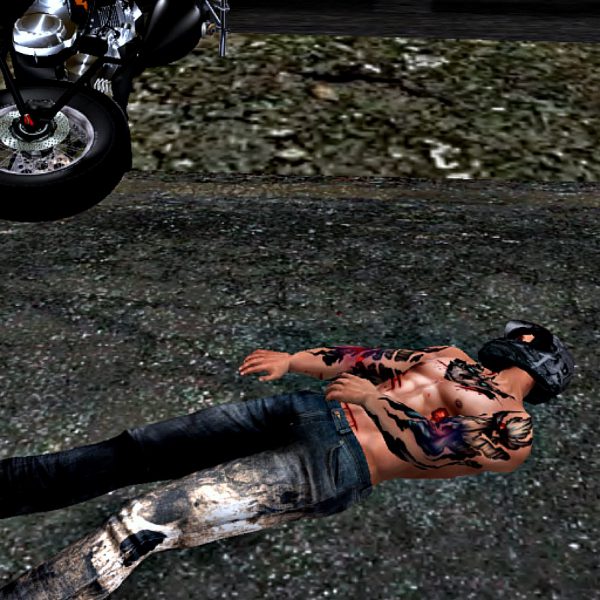 Even with a helmet, which cracked upon impact, his injuries were severe according to reports. He suffered a concussion, broken ribs on each side and a broken thigh bone, along with a fractures collar bone.  The image taken before EMTs arrived on the scene by this reporter show a gruesome scene. Most were too gruesome to put in the paper, therefore the following image shows how he looked after the accident.

Rumor states he may have been under the influence, but that has not been validated just yet. Upon asking the man known as his friend for a statement, he declined to give one, also declining to comment on their alleged altercation before the accident. All that is known is that this man is lucky to be alive. So the next time you are out taking a joyride, or even just walking the streets; be careful and be safe.

Need a Place to Chill or Crash?

Don’t Tread On Me