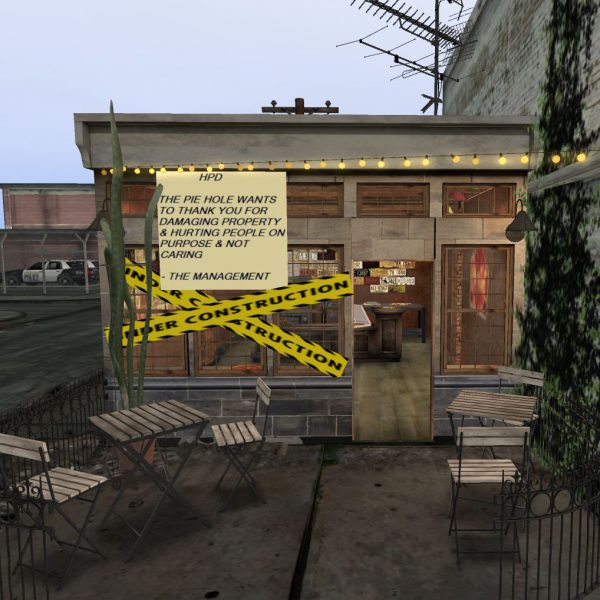 On Tuesday, July 26, a police car ran off the road at the Pie Hole on Main Street.  From video tape at the premises, there appeared to be more than one occupant of the vehicle. Two women were sitting at the tables outside and were injured, one seriously.  A Fiona Milton was interviewed after her release from the hospital, as you can see from the picture below Ms. Milton was gravely injured but it is expected she will recover. 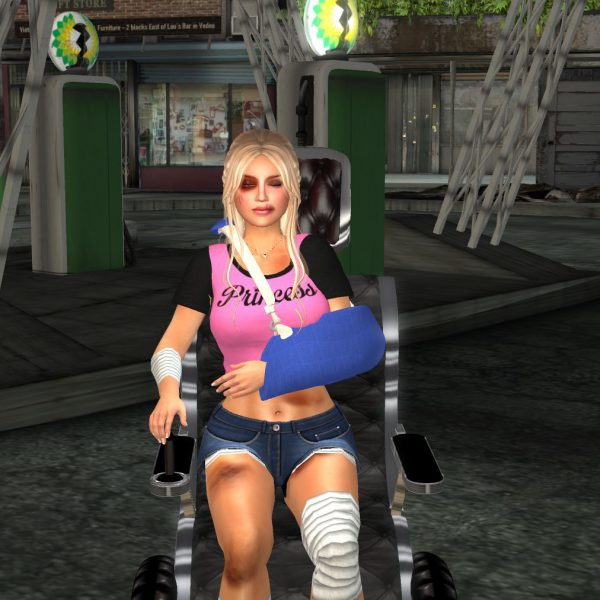 This investigative reporter has also interviewed a second victim, a Ms. Cat Mason, owner of the pizza joint “The Pie Hole”  Ms. Mason has suffered a broken leg and she is expected to have full recovery soon.  Ms. Mason has obtained a copy of her police report and this too is under investigation, as the victim objects to some of its contents.  There are questions concerning the facts as related to this report and the happening of the night in question.  The report obtained by Ms. Mason was written by an Officer Auston Wiskee, the report stating there was no evidence.  Both victims stated they had been interviewed at the local hospital by an Officer Kyna.

It was found on this report that the vehicle in question had been found later that night overturned and on fire.  The report states there was no fingerprints or evidence that might be obtained from the vehicle due to the level of damage sustained.

The establishment has full security video and these tapes are being reviewed to access facts from the incident.  There were other witnesses that have yet to be interviewed, but those are expected to be underway soon.

911 was called the night of the incident by one of the bystanders.

Investigation is ongoing and the story and it’s resulting evidence will be released as the facts come to light.  In the mean time, if anyone saw anything that might lead to the apprehension of the guilty part, please contact The Observer.  Reward paid for actual factual evidence, videos, cell phone pictures, anything iron clad.

Officer Accused in Connection With Hit and Run on Tuesday