The party had only just gotten underway, partially, with an influx of kids coming to enjoy their night.  “A fight had broken out between the kids. The principal had moved to the back, out of view of the doors, to deal with it. That was when they [the thugs] came in.” reports one witness who requested to remain anonymous

The shaken woman went on to detail the rest of the events. Hiding behind the door, she watched in abject horror as four people came in. “The first one in, a blond of average height and muscled build, seemed to be the leader, shooting holes in the ceiling before she demanded we all drop our weapons and segregate – adults to one side, and kids to the other – ordering the other three around. There was a woman with her face covered by a mask, another woman with shoulder-length scraggly hair, and a man who seemed to be real familiar with knives. As I watched, the man with the knife moved until I knew he must have been on the other side of the far door. Soon after that I saw one of the kids take a thrown knife to the shoulder to protect another girl.”

“Attacking a child is the same as attacking every single one of us. I’m sure the fine people of Hathian will stand with me and demand the safe return of every innocent child taken. Any information, no matter how small it may seem, should be given to HPD as soon as possible.” – Mayor Matfield

After the first few gunshots, and as a crowd of angry ‘unarmed’ kids swarmed the group, the blond leader getting somehow wounded in the process, the party-crashers backed up and attempted to flee. The male assailant was identified by his accomplices and witnesses as “Jed”, while the blond is suspected of being The Rejects’ leader Rory. The identities of the others involved include Esperanza ‘Espi’ Hernandoz, and a masked woman. The assailants were able to abduct four children; Svenja Rhodes, Jackson Dragonblood, Harrison Alexander and a final child who witnesses say may have been referred to as ‘Luna’. Further, several were wounded in the botched ransoming; two children suffered gunshot wounds, with another suffering stab wounds while yet another child suffered blows to the head and body. Among the wounded there was also principal Caverly, who was shot while attempting to defend the children.

The Observer reached out to the principal, mayor, HPD and even the Rejects themselves (via twitter) in order to gain statements. Mayor Matfield was adamant that this would be dealt with swiftly and with force as he offered his statement in the wake of this tragic event. “I would like to say attacks on our children will not be tolerated. I have spoken with Principal Caverly, who attended the event, and HPD about this. I will not give exact details at this time, but trust me when I say we are doing all we can to get the kids home safe and sound. One of the children taken, Svenja Rhodes, is virtually my stepdaughter. I take this matter very seriously.” When asked about the reported threats of escalation from the Rejects due to Principal Caverly’s twitter comments and actions during the crisis, he had this to add: “My only comment would be that nothing, not the behavior of Zipporah Caverly or anything else, would justify them hurting a child. I will make sure they are prosecuted to the fullest extent of the law if one child is even slightly harmed. Attacking a child is the same as attacking every single one of us. I’m sure the fine people of Hathian will stand with me and demand the safe return of every innocent child taken. Any information, no matter how small it may seem, should be given to HPD as soon as possible. I ask every citizen to be vigilant in looking for Rejects or any of the missing children.”

“We stated no one would be hurt if people complied. There was five of us. One of her. Do the math.” – ‘Princess’; The Rejects

Some have been quick to criticize the principal for her decision to meet force with force; a public apology posted by an officer on Caverly’s behalf seemed to suggest she might accept some of the blame for how things turned out. One such voice spoke out to the Observer, requesting to be referred to as ‘Princess’. Contacting me through twitter, this individual claimed to be one of the Rejects involved in the kidnapping – and she certainly seemed to know a lot as she sparred with principal Caverly over public Twitter feeds, the two of them interacting as if they knew who each was and were clear on what had happened.

“It [the attack] was planned to be easy. You go in. Have guns. Adults obey and realize they need to wait for police and not risk children. Because she [Caverly] pulled a gun, refused to cooperate and fired, all hell broke loose. The kids fed off her disobedience. Luckily we thrive in hell. No cop would see they are outgunned and still try and take people out It’s just stupid.” Princess said, commenting on Caverly’s history on the force. “Look how she’s talking to me on Twitter. She’s just trying to be tough just like last night and just like last night she will learn. When you’re a cop you don’t shoot one person when others have guns pointed at children. We say we will shoot them if she doesn’t comply. She doesn’t comply. We stated no one would be hurt if people complied. There was five of us. One of her. Do the math.”

Princess went on to assert “We have four children. I suggest people start donating money to their parents. We will have further statements upcoming.” In response to the mayor’s public statements, Princess had this to say: “We have already hurt the children at the school so nothing he says makes a difference. How about he pony up the money to make sure they are released unharmed if he is that concerned about their well-being or will he try and act tough like zip and be the cause of their pain. But anyways I think only two kids were shot. Couple of bruises and small cuts. We were there for money. Now maybe there is more of a point to be made. This city seems to have forgotten who rules the nightmares that their nightmares have.”

“I ask every citizen to be vigilant in looking for Rejects or any of the missing children.” – Mayor Matfield

The Observer was able to obtain the principal’s account as well; ” I didn’t suspect anything at all. This was supposed to just be a fun dance for the children, to give them a chance to socialize in a normal, safe environment. There was a small hiccup with two kids fighting and I was separating them when the Rejects came in. The Rejects came in and immediately shot at the ceiling and ordered for everyone to be quiet and to stay still. They said if they see anyone reach for a phone or run, they’d be shot. I ushered the kids around me behind a counter and moved against the wall to stay out of sight and I pulled my gun. All I could think about was the Sandy Hook tragedy. I was determined to stop it before it got that far, but despite my efforts, kids were still taken and hurt. There was another teacher and two more adults. They were trying to keep the children calm. After I stepped out from behind the wall and pulled my gun on the blond Reject, she told me to pay up or have the parents pay, or else kids were going to get shot. I knew negotiating was out of the question, so I shot her. After that chaos unfolded. Two other Rejects, one of them being Jed, started dragging kids out the door. I tried to chase them, but Espi shot me in the back of the thigh before running away.”

“The Rejects have messed with the wrong person, and that karma is coming and so am I. I won’t rest until the children are back and safe with their families. I won’t fail them again.” – Caverly to the Rejects.

Another witness, who’s name has been omitted for their protection, was able to add to the accounts: “It was quiet at first and then the fuckers showed up. One of ’em shot a damn gun to the ceiling. I honestly don’t remember to much because of how pissed off i got. But some girl jumped in front of me when someone threw a knife. A kid got shot, a woman I think the principal had been shot and one of the damn kidnaper was shot, they fled with some kids, tried to take my friend and my boyfriend got hit over the head with the butt of a damn hand gun. I want the rejects to know I’m coming for them for fucking up my date!”

While even Caverly herself has apologized and admitted to her misjudged decision to press force instead of hold back, one witness spoke up on her behalf, mentioning that the Rejects may have fired the first shots ” She shot [child 1] first! Ya probably stopped them from shootin’ more kids and stealin’ more kids!” Names have been omitted due to the ages of those mentioned and to protect those involved.

It seems to me that the ultimate blame must remain squarely on the shoulders of those most responsible. While we could make an argument for whether or not the principal’s actions were right, the fact remains that she would not have been in position to make such a decision if not for the inherent, apparent greed of the Rejects, who it seems will stop at nothing to meet their goals.

“Now maybe there is more of a point to be made. This city seems to have forgotten who rules the nightmares that their nightmares have.” – ‘Princess’; The Rejects

The following are two of the four missing children – Svenja and Harrison. If anyone has pictures of the other missing children, or any information on their locations, they are encouraged to contact the HPD immediately. 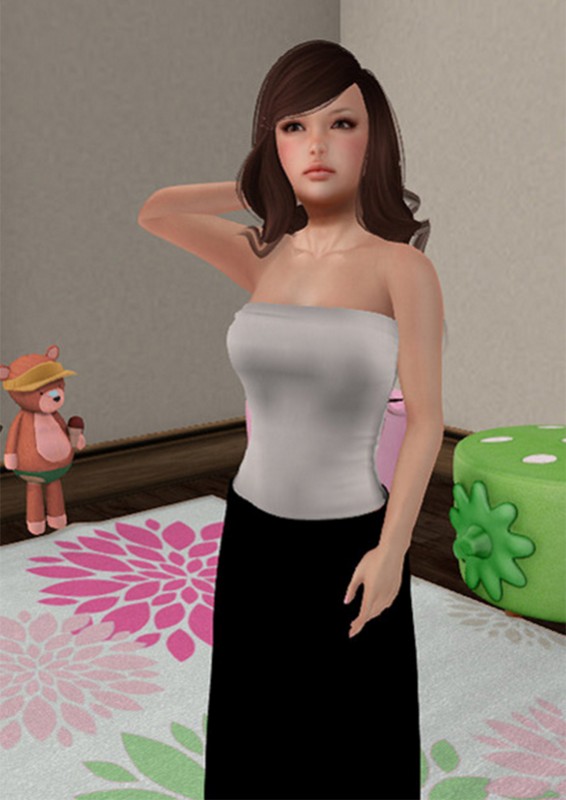 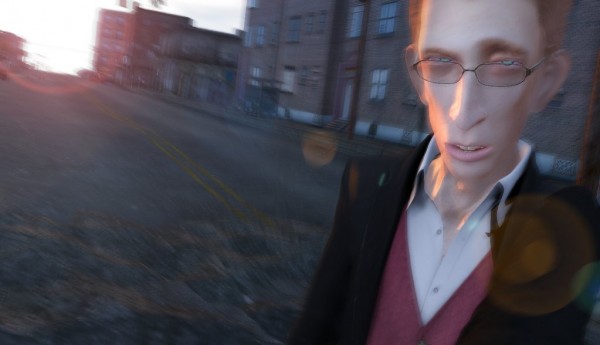 “Any information, no matter how small it may seem, should be given to HPD as soon as possible. I ask every citizen to be vigilant in looking for Rejects or any of the missing children.”

Shortly after these interviews a picture was sent to the Observer by ‘Princess’ depicting the apparent gruesome remains of what appeared to be a child, dumped at the entrance to Seaside school; no confirmations on whether or not these remains have a positive ID has been released yet, and all evidence has been turned over to the HPD for their investigation. Personally, I hope the image was a fake – more on this unfolding tragedy as The Observer acquires the information. If any of the family would like to have statements printed, they are encouraged to make contact with the Observer as soon as possible – and again, get us those pictures!