On Thursday August 6, known criminal Ellis Millet was taken into custody at his  business, Bottoms Up, and charged with two counts of murder in the first degree. During a lengthy conversation with Detective O’Neil, prior to the arrest, condemning evidence was brought to light. During said conversation with O’Neil, Millet recited phrases that matched the message left on the Gein Menu that was shoved in the eye sockets of one of his victims.

This coincided with the carvings found on another victim whose torso was found in the North Shore-King Tunnel. Neither of the victim’s identities have been revealed at this time. According to the arrest report, during questioning Millet exhibited erratic and hostile behavior and spouted insults toward local doctor, Rachell Vond. This was all apart of an alleged, ongoing feud. 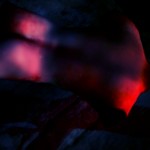 The night before his arrest, Ellis ominously tweeted, “How many people will end up hurt because you won’t confess @RachFaceVP ? Confess to what u did in that psych ward I know it was something.”

Millet was charged with kidnapping local Police officer, Caspian Vond, prior to the current charges. He spent the duration of his time in the psychiatric ward of Hathian General Hospital.

The lead detective of MCU and Media Liason, Angel Moonshadow, states, “As a result of an apparent feud which has escalated out of control, and Mr. Millet’s descent into mental illness two innocent people have lost their lives. ” On top of the time spent in prison, Moonshadow wants to obtain a court order for Millet’s involuntary commitment in the Psych ward.

Moonshadow explains, “I can confirm that Mr. Millet appears to be suffering from a deranged psychosis and persecution complex, which has caused him to become fixated and obsessed by certain individuals and their family. We can only hope that his incarceration and any follow-up psychiatric treatment we will be able to prevent any more problems, otherwise Mr. Millet can expect increasingly severe consequences. I would like to praise the dedicated work of Detective Krystal O’Neil and Officers Vanora Blackheart and Jag Saleri in Patrol Division for bring to an end Mr. Millet’s psychotic rampage.”

“I want to remind the citizen’s of Hathian that the HPD will not tolerate harassment, whether in person or via social media. Just because you are behind a keyboard you are not beyond the reach of the law. Those who fail to heed that warning can expect a robust response from their police department.”

Since the HPD are cracking down on harassment, it would behoove Hathian citizens to be aware of the repercussions of said actions, even if it is only through social media.