In the late evening of Monday, December 1st, 2014, two female suspects entered the local liquor store, Bottoms Up, and proceeded to destroy, burglarize and brutally murder Assistant Manager Jorge NPC Sanchez.  It was later revealed that the Sumfai symbol was left behind, leading to speculation that Sumfai members were the culprit.

According to Bottoms Up’s official twitter, thousands of dollars’ worth of merchandise was destroyed or stolen. The twitter also revealed that due to several incidents in the past; insurance will not cover all of the damage the suspects caused. Bottoms Up Owner, Ellis Millet, revealed that he was unsure whether they will be able to re-open. Bottoms Up is closed for the time being, its future left unclear. One might wonder if owning a business in Hathian is an expensive and fruitless endeavor.

The greatest loss, however, in this tragic incident, was that of the life of Jorge NPC Sanchez. On twitter, Millet stated on behalf of his deceased employee, “RIP, Jorge. You were an excellent employee and a great person we were all lucky to get to know.” Yet another life lost in the dangerous city of Hathian.

HPD has yet to name any suspects or possible motives behind the attack of the store and brutal murder of Sanchez. Speculation has been vocalized on twitter but have yet to be confirmed. Rest assured, though, the Hathian Police Department is working tirelessly to solve this case.

MCU Lead Investigator Detective Angel Moonshadow states, “We will investigate this horrific murder thoroughly. We will hunt down and find those responsible and when we do we will bring the full weight of the law to bear. Wolly headed liberals who whine and whine about their police department should remember that our Officers work tirelessly behind the scenes and risk their lives to protect the innocent in this city, not the gang scum who would tear it apart. Make no mistake, the HPD is in charge, and we have one simple message to those who try to challenge us; you will fail! Crime does not pay and the guilty shall be punished!” 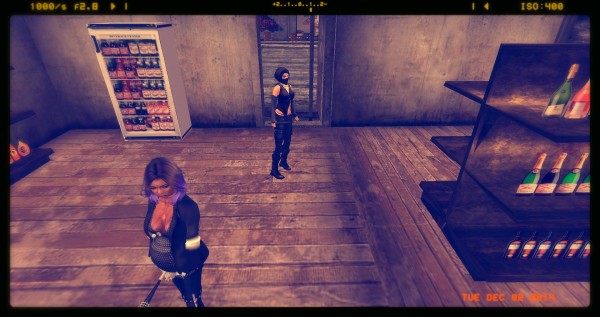 This picture was taken from the CTV camera of the suspects in the Bottoms Up store.

The two suspects are still at large so if you have any information regarding this incident, please contact MCU Lead Investigator Detective Angel Moonshadow ((angellynne moonshadow)), immediately! Do not approach these suspects yourselves; they are armed and dangerous!