He has been a lecturer in the Law department for seven months but he was nowhere to be seen for the last six: we’ve been told he actually programmed a lecture about the “Ukrainian Crisis” but he canceled it two days before to disappear shortly after. Why the hell does this man even get paid? Let’s find out!

We’re talking about the Italian Nato-EUcom Captain, Mr. Kajenje Navarathna. Never heard? No wonder! 42 years old, Balkan roots and Indian blood in his veins, educated in a military school and former Tier 1 Special Forces, at times security advisor and consultant for the UN, the OECD, the NATO and several Private Security Firms (yeah, the mercenaries). He appears to have been everywhere and have done anything. But teaching.

The Hathian Observer finally intercepted him during one of his strolls around the Campus:

Mr. Navarathna, it’s a pleasure to finally meet you. Where have you been for the last six months?

“The pleasure is mine and that is a very legitimate question. As you know, when I accepted a desk in Columtreal I also kept my primary job, that of a Security Consultant and Defense Analyst.”

Naturally. We don’t want to sound inappropriate but… you have yet to mention where you’ve been.

Fair enough! So tell us, what do you plan on teaching here in CU?

“Well, I am entitled to teach a variety of subjects, from History of International Relations to International Law and Geopolitics. Being just a lecturer, for now I will plan lectures and seminars on subjects of interest to support and enrich the knowledge and awareness of our Law and History students.”

A few days ago we met former Specialist Jack Inkpen, the new History lecturer. Columtreal is looking more and more like a Veteran Support Center! Comments on that?

“I have no comments to make. I met Mr. Inkpen but had no chance to speak to him for long. I did read the interview, though.”

But why insisting on a military point of view in our civil schools?

“If it were true, it wouldn’t be me you could get the answer from. Although in my opinion it’s not a matter of ‘right-wing slants’, to quote your interview with Mr. Inkpen: sometimes a military man with a specific kind of background can be more indicated than a civilian. As for me, before researching and analyzing what I now teach, I have been operating in different contexts, from conflict areas to international summits.”

Yes, your array of experiences is impressive indeed. What about this picture? It is dated June 14th 2014. It was taken in Sevastopol, Ukraine. 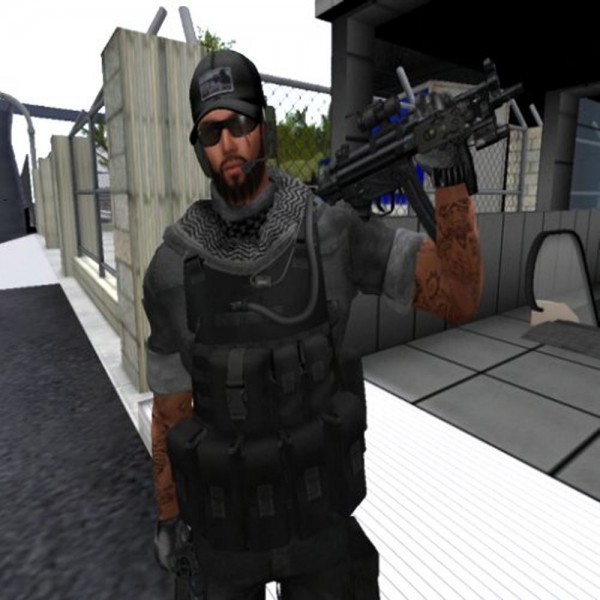 That is indeed what we’re asking. If it’s you, your job as a Defense Analyst involves quite a bit of adventure.

“Well, my job sometimes involves a direct contact with conflict zones. If this man is me and the date is correct, then your very first question was not necessary.”

What about your ties to Private Security Firms?

“My job there consists in the same things I do for the NATO and the Italian Government, with some restrictions. It is all much simpler and less romantic than you think.”

But how can your work for a government, a Regional or International Organization and a PSF at the same time?

“That’s a good question. First of all, I never work for all of them at the same time. There is, however, a hierarchy of interests. Let’s put it this way: I primarily work for my Government, then for the NATO, in last instance for the UN. Let’s pretend your sources are trustworthy and the photographic material you possess is authentic. Why would I be in Ukraine? Because I have to collect intelligence and write a report. So who could ask a NATO man to travel there and collect Intel? Clearly not Russia or the Republic of Donetsk.

“Again: who would deploy an American PSF to protect corporate interests in Iraq? Americans and close allies only, because everyone else would legitimately fear to give to the Americans a direct link to their plans and Intel…. and so on. In all this, my Government has an interest in me being on the spot in the first place. In second place, the western coalition gains an advantage from it as well, because Italy collaborates. Sometimes even the UNSC does, though there has to be a balance and an agreement between the P5, the five veto powers. In this period, such a situation is very unlikely to take place.”

So in some situations you interacted directly with the representatives of said countries?

How can someone be a diplomat and a soldier at the same time?

Anything you wish to communicate to our readers, before we finish?

“Yes. My first lecture will take place on Friday the 14th at 1pm, it’s open to everyone. The lecture will be about the issue of the foreign fighters, their motives and their position in the International Law.”

Thank you for your time, Professor Navarathna. We all wish you not to disappear this time.

He has operated under the UN High Command in Bosnia, Kosovo, Lebanon and Afghanistan. He is a Tier 1-ranked Operator since 1999, when he joined the 9th Special Forces Regiment “Col Moschin”.

High Pregnancy Rates, Something in the Water?

HGC Policies A Little Too Lenient?