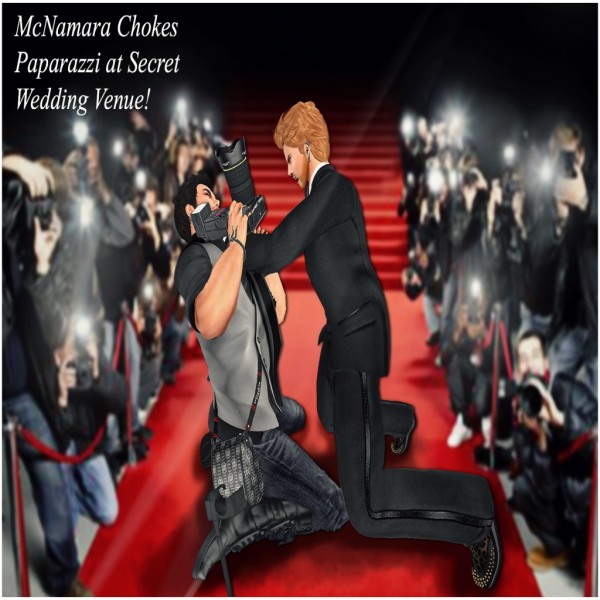 Matfield recently announced via Twitter that they tied the knot in private. “People have a tendency to spill secrets, or just…find out about them, So just going to announce this… @BruceWayneMC and I got married.”

The two were under fire from the very beginning. TMZ caught footage of McNamara reportedly strangling a Paparazzi and then shortly after Matfield attacking a photographer. Was a marriage between two violent diva’s doomed from the start?

Shortly before the split, Matfield, who was touring with her band in Europe, returned abruptly to America, stating on Twitter, “Welp…who is on her way back to the country? This chick…our drummer…well… I can’t talk about what happened there…on a plane right now.” Could the marital split be the real culprit of her sudden departure from her tour?

Brief marriages is nothing new in the world of show business. Animosity could have been sparked by jealousy. Matfield, who was no stranger to causing public mayhem in order to remain in the spotlight, could have been upset by McNamara’s recent success, which includes being cast as Kurt Cobain in a cable movie and recent gig as a judge for “Hathian’s Got Talent.” Or was this a different kind of jealousy from both ends?

An anonymous sources stated that Matfield found a new lover in Europe. Another reliable source claimed that Bruce was seen with an undisclosed male in a seedy gay bar. The true story behind the end of their relationship remains inconclusive. Despite speculations, the newly split couple insist that they are on excellent terms and have expressed that they wish to keep this information private.