For several weeks now the formerly vacant lot behind Rader Records has been undergoing extensive renovations causing many a curious speculation in the Hathian community; until Monday when proprietor and Hathian native, Lana Auster announced plans for the grand opening of an exclusively male strip club called Shaft Gators.

“The women in Hathian have all the power,” Auster was quoted as saying. “They run the gangs, they own the businesses and they outnumber our male counterparts about three to one, why shouldn’t they be catered to?”

In addition to pampering the heterosexual females of Hathian, Shaft Gator management also has plans to empower the LGBT community of Hathin which Auster was quoted as saying, ” – is vastly underrepresented in the South.” Every Monday will be Gay Pride Day when gay and bisexual male dancers take the stage for the enjoyment of all who wish to participate. Anyone who shows their gay pride by wearing a pink or red shirt will be entitled to $2.00 beers all night.

In addition to Gay Pride Monday, every Wednesday – female, cross dressing and transgender dancers will take the stage for the enjoyment of anyone who wishes to participate. “Gay pride and gay tolerance are qualities long overdue in our little community,” Auster said. “I intend to create a safe haven where all in Hathian can come and be themselves in a place where they are not just supported, but also celebrated.” 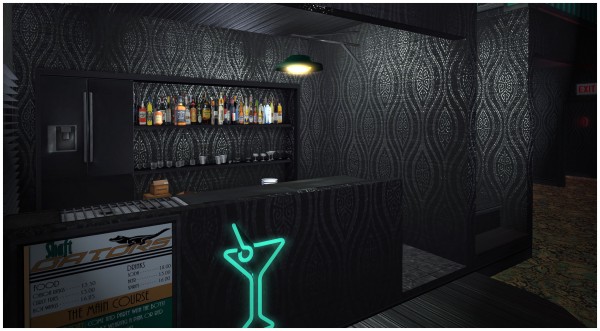 While Shaft Gators is primarily a venue for adult entertainment – Auster informed the Observer that the club will host a variety of other activities. Their stage will frequently be rented out as a concert venue for local musicians and performers; in addition, there is a poker lounge upstairs for high-stakes poker games and gambling. “And of course we have a full bar that is always open regardless of what other events are taking place.” Quoted manager Hazel DuBois.

The ‘soft opening’ for the club will be on September 1st when the doors will open to the public for a test run but the Grand Opening is scheduled for Friday, September 12, 2014 at 7:00 pm ((SLT)). The dress code for the grand opening is black tie but admission will be free and all menu items will be half price.

Manager DuBois warned the club is for adults only aged 21+ so don’t forget to bring you identification.

Shaft Gators is currently hiring for all positions including dancers, bartenders, servers and bouncers. If you are interested in working at Shaft Gators please get in touch with Lana Auster or Hazel DuBois. The club can be found behind Rader Records bordering Vodou.

Local Woman Kidnapped From Her Home