On the evening of Friday, August 15th, 2014, there was a tip from Kirvi Sparks, stating that a breaking news story was occurring across the street from the Fire Department of Hathian. Upon The Observer reporter’s arrival, Kirvi Sparks and Officer Belle Kimberland were seen speaking to each other in a casual manner. 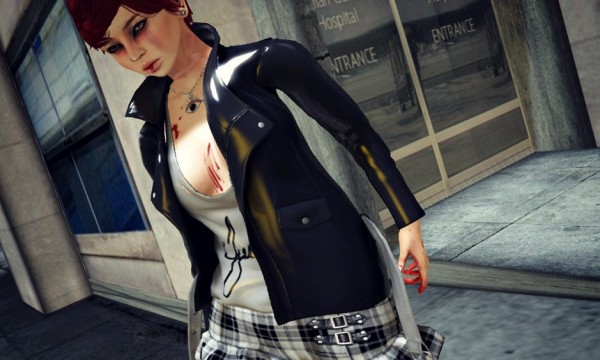 Just as The Observer deemed the tip a dud, armed figures were visible on the corner of the sidewalk. Voltiel Henusaki, a known member of the fierce gang, The Sumfai, demanded that Sparks hand over the Hathian Police Department officer in exchange for Jace Sparks, whom she was holding hostage at gunpoint. Henusaki instructed Kirvi to strip Kimberland of all her weapons and deliver her to them. Henusaki specifically stated that if they did not comply; she would shoot everyone present. Mich Yamaguchi, another member of the notorious gang, stood by an unmarked black car, waiting for an exchange or a bloodbath to occur.

Kirvi Sparks willingly complied with Henusaki’s demands in order to retrieve her allegedly kidnapped and drugged cousin, disregarding the fact that she was putting Kimberland in the same position as the victim before her. Kimberland did not resist as Sparks brought her over to the Sumfai members. Once the exchange was made, Yamaguchi secured their hostage into the car, waited for Henusaki to enter the vehicle, then drove off. Jace Sparks was brought into Hathian General Hospital to be treated for the numerous physical and mental wounds inflicted upon him.

Henusaki posted the following on twitter the morning after the kidnapping:

Saturday evening, Henusaki followed up on her previous tweet stating that she was going to be “disposing of @kimbarlandBelle’s body tomorrow”. Then later that “@KimberlandBelle is dead. I’ve got a burial location. Coming into town to finish it.”

The situation remained bleak until Sunday morning when a new tweet came forward from a friend. They announced that Kimberland was currently recuperating in HGH. Kimberland’s loved ones can rest a little easier knowing that she is safe and sound. Additional information is unknown at this time.

If you have any information about this case, including information on Kirvi Sparks, please contact the HPD immediately. Do not try to approach any Sumfai member on your own. They are armed and very dangerous.