On July 31, 2014, young Seaside students, most of whom were teens, gathered to enjoy their final moments of freedom at the last day of summer pool party, located at Seaside. Trixie “Radio and TV Superstar” Belladonna spun the tunes that set the tone to this relaxed, free-spirited party. That is, until the party took a turn for the worse, ending in mayhem, a consistent theme for parties that take place in Hathian. 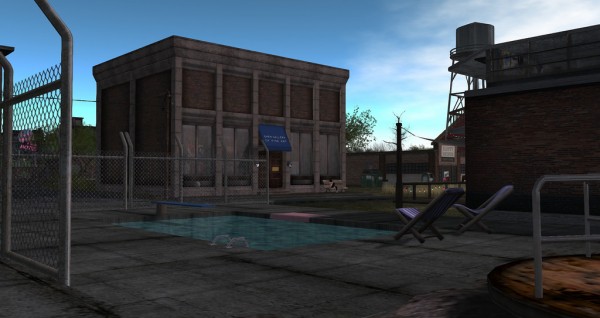 Disaster struck when Trixie moved from her DJ booth and headed over to Ellis Millet, who was the father of a few of the children at the party, and pushed him and his rather large wheelchair into the pool. Ryder Millet, a toddler, sat on his father’s lap as Millet crashed into the pool, generating a huge splash. Ryder, who was wearing water wings at the time, was thrown a life preserver by an unknown party guest, successfully keeping him afloat. Ellis ditched his sinking wheelchair and brought his son to Paige Davenport, Seaside’s school Principal. When asked about pushing Millet into the pool, Belladonna responded, “That fat bastard staked me once…well blubber face, payback time….and it’s all coming splashing back.”

Trixie was convicted of Manslaughter after an unfortunate incident in the CU gym which resulted in the death of local self-proclaimed “slayer”, Buffy Summers. It was no secret that Millet, who would help Summers “slay” those he deemed supernatural creatures, blamed Belladonna for his friend’s untimely death as her motive for staking her.

Just as the poolside disturbance seemed to calm down, an explosion erupted in the distance. A C4 bomb allegedly had gone off in a car identified as Principal Davenport’s. Several Seaside 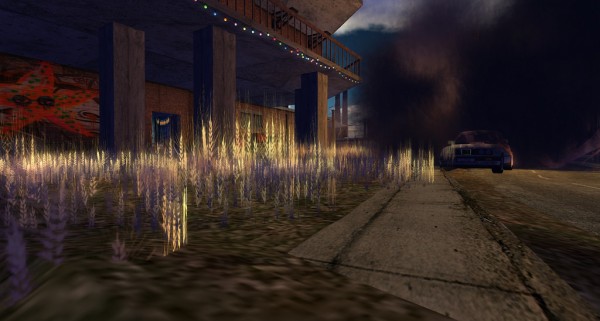 students were injured in the explosion, one of which was in critical condition. Davenport, outraged by the destruction of her property and the injuries of her students, was heard blaming the Sumfai gang for the explosion. “They’re trying to kill me and my children!” She exclaimed. Whether or not the vicious Sumfai gang were behind the bombing remains unconfirmed. When FDH arrived with firefighters and EMTS, they loaded up the injured children into the ambulance and took them to HGH. The firefighters put out the fire of the car already heavily damaged by the explosion. The identities and status of the injured children are unknown at this time.

A woman, identified as the Millet family nanny, arrived on the scene shortly after most people cleared out. After thanking the unidentified firefighter who called her, she picked up Ryder, who was standing by the pool, and started to yell at Ellis in a foreign language. She eventually left, child in tow.

When a firefighter asked Millet whether he was injured, Millet replied that he wasn’t hurt; he was stuck. The FDH allegedly called additional personnel to help him with this large problem. After a few failed attempts to pull him out of the pool themselves, FDH called for backup and a crane in attempt to haul Millet out of the pool.

The extra FDH members quickly arrived with a crane ready for use. It took the FDH an hour and a many crew members to safely remove him and as his large wheelchair from the pool. When Millet was finally out of the pool, his vitals were checked. When he was deemed unharmed, he was released and sent home in a taxi cab, ending the party with a bang and a crane.

No report has been filed about either incident in light of the recent closure of the HPD station. This causes one to wonder how much more will the Hathian residents have to endure before the HPD opens their doors again? Despite the outrage of a few protesters, the majority of Hathian citizens believe that the HPD are essential, especially in situations like this.

Bands of Marriage: Abby and Cy