A ‘peaceful’ protest, which has been a heavily discussed topic on Twitter for weeks, finally took place this weekend, ending with horrific results on both sides of the picket line.

The focus of the protest was to put an end to police brutality, which has been an issue in Hathian for a number of years, and a sore point for citizens and officers alike.

Chants such as, “No more cops, no more hate, no more prisons, smash the state,” and lyrics from and John Lennon’s ‘Give Peace A Chance’ were lead by what officers were calling a hippie woman with a megaphone. 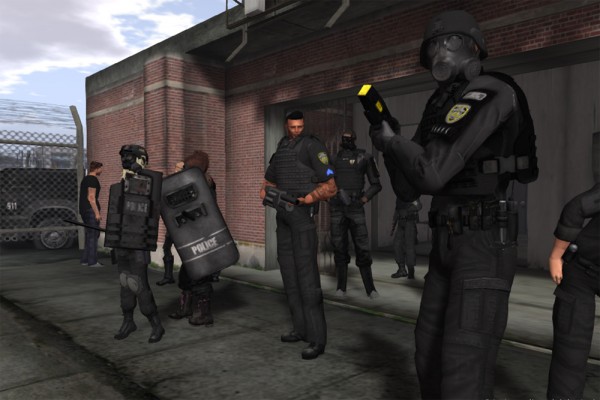 While the crowd as a whole was not violent, a few select individuals decided to bring weapons to the protest, giving police enough grounds to take action and bring the gathering to a stop. Tear gas was quickly fired into the crowd by the infamous Hendrich Andel.

During the partial riot, he was heard shouting, “Remember officers! If they ain’t bleeding and crying, you aren’t doing your job!”

Aside from various other weapons being brandished during the event, one of the protesters allegedly had a firearm. Two officers were sent to hospital, one being shot in the neck, and another being shot in the leg. Another reported that they felt a bullet fly by their head.

“They came prepared to start a fight,” says an officer who was at the scene.

Arrests were made, and police are still looking for the remainder of the protesters who incited the violence by bringing weapons to what was supposed to be a peaceful gathering.