On Wednesday, a fire broke out at the WKRK Radio Station located on Bourbon right next to the Observer’s office after a bomb exploded. The boom echoing through the street and alleyways.

Fire fighters and law enforcement quickly responded to the distress call from an unknown woman. Flame spread like a wild fire up the buildings floor in a matter of minutes. The heat alone caused the signs from the neighboring building to melt as they hung on close. 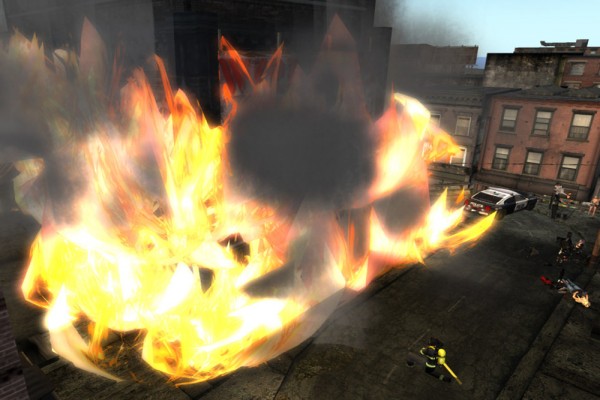 The fire took local fire fighters an hour to get under control and a few more to get it completely put out.

Two people were seriously from the explosion and taken to Hathian General Hospital and are now stable. Leila Barnes was treated for serious trauma to the head and Natalie Naybeck was the other person also injured, both women suffering from 2nd degree burns and respiratory issues due to the smoke inhalation.

Luckily, there was no one left inside the building. They both reported seeing smoke coming from the building already when they approached the building before the explosion, as well as a man who’s identity as yet to be disclosed also moving through the smoke in the building. The man coincidentally vanished at the time the responder arrived. It is yet to be said that he may or may not have had something to do with the fire.

For now, no word as to what or who really started the fire.