In the past few weeks, numerous Hathian residents have suspiciously gone missing in an apparent rash of kidnappings.

It all started when well known figure head of the Titty Twister, Blue Handrick, was kidnapped at the hands of the Crows back in January. Things were quiet, until Kirvi and Colton Vond went missing at the beginning of March. Two weeks later, Dr. Charu Rajal was kidnapped, and later released, only to have her newborn daughter taken from her by the same man. Now, two more citizens have disappeared. 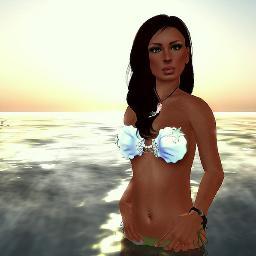 Eira Blanchett and Alexandra Markus, who are allegedly friends, were both reported missing or kidnapped within 24 hours of each other.

Markus, who is an officer at the Hathian Police Department, was reported kidnapped after Ellis Millet received a message from the woman’s phone, one that obviously wasn’t typed by herself. It demanded that her family pay a ransom of $100,000, and said that things “will not end well” if they don’t comply.

Blanchett, who is the new wife of Dr. Viktor Blanchett, went missing sometime over the weekend. Information surfaced on Twitter stating that Voltiel Henusaki is holding Blanchett, who is also pregnant with her and her husband’s first child, and posted that “she’s alive, but the baby isn’t.”

Corporal Colton Vond is working with the possible theory that the two women were kidnapped by the same person, even though Blanchett is being held by Henusaki.

He stated that, according to Henusaki herself, Blanchett was “gifted” to her by the actual kidnapper. Because of, this, Vond has suspicions that the person who kidnapped Markus and Blanchett are one in the same.

Detectives are actively working to find all missing persons, following any leads that present themselves. “We will find them,” said Vond. “One way or another.”

Conflicts Within HPD Lead to Slander