Downtown Hathian turned to chaos early yesterday afternoon after a bomb exploded in a building off Hathian Highway, next to the popular Lou’s Bar.

A bomb threat was reported at Byrdi’s Pet Shop some time around 3:00 PM. Units from the Hathian Fire Department and Hathian Police Department arrived within minutes, only for the bomb to go off shortly there after. 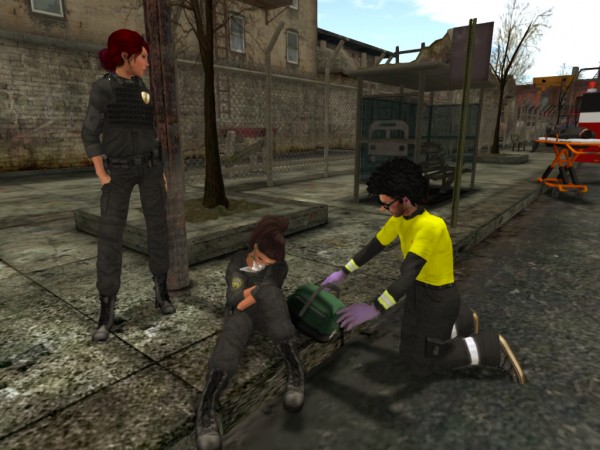 All roads leading to the scene were quickly blocked off with a large vehicle blockade as reinforcements from the Dead End Fire Department arrived to help.

As the fire raged on, various members of both the FDH and HPD sustained injuries ranging from minor cuts and scrapes, to life threatening trauma and burns. Multiple officers were transported to the hospital while one member of the fire department suffered superficial wounds.

“Two HPD officer with an apparent deep love of pussy were seriously injured trying to save some of the animals,” says fire chief, Rog Mesmer. “Unfortunately none of them made it.”

The blaze was eventually put out, though even with the support of the DEFD, the devastation was absolute. While the building still remains, it is likely to be a complete loss.