She wasn’t a police officer, nor a career criminal but Roxanne Stephens (34) of Wyoming is the first confirmed casualty of the HPD takeover that began Friday evening.

Citizens of Hathian were shocked to learn that the street gangs of Hathian had joined forces in a temporary alliance to takeover the Hathian Police Department. Sometime late Saturday evening, a local woman confirmed to be Roxanne Stephens  approached the police department with approximately eight thousand dollars in cash hoping to buy the freedom of her ex-boyfriend, Detective Charlie Feld who has been held hostage at the HPD since the takeover.

Sources close to the victim report that Stephens and Feld broke up over a month ago but that upon learning of the situation at the police department, Roxanne became agitated and concerned for Feld’s safety. “She emptied her bank account,” reported one of Roxanne’s friends. “And went down there to get him out. We told her not to go.” 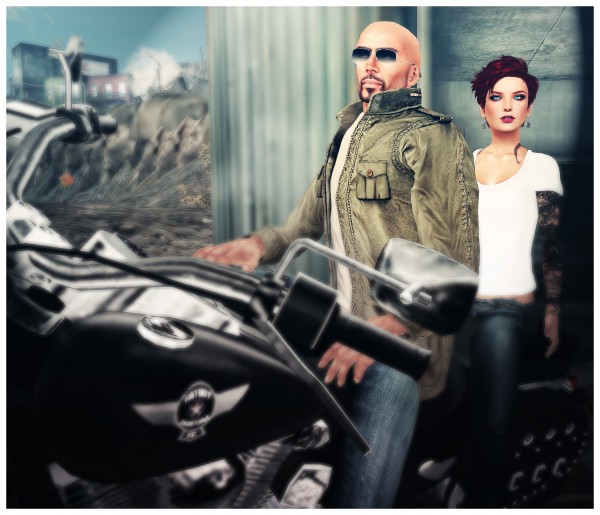 The friend who wishes to remain anonymous due to concern for her personal safety; says she followed Stephens at a distance Saturday afternoon and witnessed her communicating with a blonde woman later identified as Reapers gang leader, Cymbal Sterling. “She (Sterling) jabbed Roxy with a needle and dragged her inside, that’s the last time I saw her.”

It is unclear exactly what transpired inside the HPD Saturday night but it is believed Stephens was taken captive to intimidate Feld and sometime during this exchange she was shot and killed by rogue gang members. “I heard him (Feld) screaming,” said one unnamed witness. “I didn’t see what happened, I heard gunshots and heard Charlie screaming. The next thing I knew, Cymbal Sterling, Morder Crow and a few others I didn’t get a clear look at emerged from an interior office. The woman who was shot was sitting on the floor handcuffed and bleeding, she only lived for about a minute.”

Roxanne Stephens is not the first of her family to die in Hathian; her sister Kaynia Stephens a former HPD officer died in the line of duty several years ago.

Stephens reportedly owned and ran a small ranch in Vodou and was planning a celebration among friends for her 35th birthday next week. “I just can’t believe it,” one of her employees was quoted as saying. “Roxy was so easygoing and full of life, she never got into any trouble at all. If the police and gang members want to kill each other that’s fine but they should leave the rest of us out of it.”

Stephens’s body remains at the HPD unable to be recovered for now, but it is speculated that her remains will be sent back to her family home in Wyoming for burial.

Stephens was unmarried and had no children, but is survived by her parents and several siblings including former FDH Lieutenant Kayla Stephens and HGH Doctor Connor Stephens, extended family and friends. “Roxy never did anything to deserve this kind of ending,” said one tearful employee who went on to say “my heart goes out to the entire Stephens family. We’ll all miss Roxy.”

As most HPD officers remain hostages of the takeover, none were available for comment.