Doctor Enjoli Delacour, 25, general resident at Hathian General Hospital and the recent subject of allegations of abuse of medical supplies as well as an assault on citizens in the Grind, is yet again controversially the subject of another serious charge. 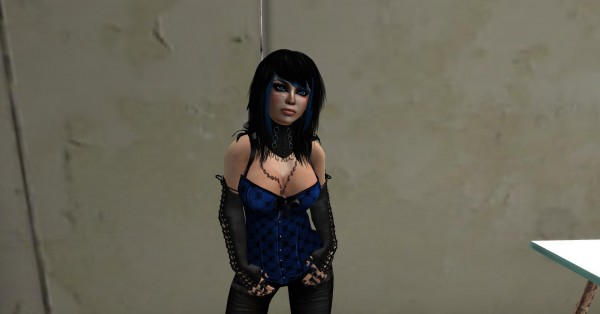 The doctor this time is alleged to have been involved in a physical altercation with Sadie Stoneage, 29, a pet store clerk,  one of the women she had performed a citizen’s arrest on in The Daily Grind coffee shop.

“..Jolie taunted me into lashing out and then tried to pin me with assault. Even got her cop buddy Colton to threaten me if it happens again.” Stoneage claims. The altercation took place outside of Jimmie’s Chicken Shack, out on Berthier Street.

Officer Travis Meritt reveals that he was called over to the scene through a series of texts by none other then Dr Delacour herself. “seems Jolie sent me text she was in trouble and needed my help. Of course I came a running to find Sadie just sitting there talking with her. She looked to me and then went to goad Sadie into a fight.”

The Officer stated that, “When she got the fight she wanted she got pissed because at first I would not help her and second I was not arresting Sadie for assault because she had just grabbed her by the hair, Jolie pulled her knife and was threatening her. Then she got all pissed at me and her friend Vik showed up trying to get me to fight with him. When I walked off and refused to arrest Sadie for being goaded into a fight she called someone.”

According to Officer Merrit, Dr Enjoli Delacour accused him falsely of rape after the incident. “Oh an need to let it be known she accused me of raping her after she came to my place and had consensual sex with me. Had the same officer file a report against me. Because I would not do her bidding and her hubby found out she was stepping out.”

Stoneage added, “You can take my word for it, the way she greeted him, he didn’t rape her. Not sure how many women would call their rapist over to help them and then look all happy to see them standing there. Or expect them to help.”

Stoneage spoke out against Dr Delacour, stating that “You know, a part of me wonders if all these people she’s manipulating even realize she’s doing it.” and added that Merrit “.. was there for the start of it all, he saw how she really is, how she really acts when the right eyes aren’t on her. And in return, I saw the way she reacted to him.”

“..her cop buddy Colton is no better. Flat out told me that because I had a record at the HPD, my word meant nothing. And you know that the only reason I have a record is because of her ‘super cop’ act as well as Colton’s piss poor investigation.” Stoneage went onto say.

The Corporal allegedly only gave Stoneage and her friend five minutes to explain themselves while in jail, did not seem to have watched any surveillance from the hospital security footage that was vitally linked to the case and also made sure charges were served on the pair when a visiting friend kicked the Corporal in the crotch after a provocation, the friend was immediately placed under arrest.

It is unclear what will happen with the rape charge levelled against Officer Merrit, the Corporal declined to comment on the charge and that of the criticism from Stoneage and her friend over a lack of police work on their case. Dr Delacour was also contacted but did not reply back with a statement.