It is this reporter’s duty to inform you – good citizens of Hathian – that after overhearing a ‘gaggle’ of FDH staff who were just hanging around in the street on Wednesday night, including the Chief, Rog Messmer, that the staff of FDH are highly overworked. 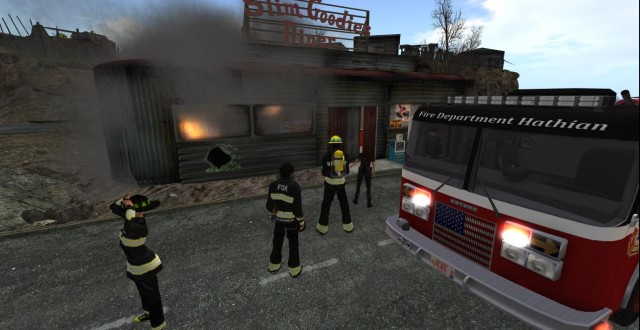 This reporter overheard that one of their staff were doing the work of two or more people. Another staff member in the ‘gaggle’, a red headed female stated that she, “..wished she had time to play video games,” and that, quote, “I just can’t be here as much as I’d like…”

Then this red headed staff member, who will remain nameless, then dissed another member of her staff who she states, “[blank] has been here for a while, but lets face it, he’s too much the trouble maker and the power would go to his head. And he never took orders well. I don’t like someone who can’t take orders given to them.” Then about another staff member she stated, “..[blank] has potential, but the break up with him and [blank], well they have gotten along so far but not sure whats gonna happen there.“Want more? Her next suggestion was to promote someone who wasn’t even on the force anymore. Stating that everyone who was ‘overworked’ were apparently too “green” for the job.

It was hard for this reporter to hear the entire conversation, as I had to stay aloof and in the background, but some words I did hear passing were “Lieutenant” “Burn out” and “Commissioner“?

So, until there is more to go on, it is this reporter’s opinion that the Fire Department is desperately seeking good men and women to fill their slacking shoes! So until next time, Hathian..

A Reaper Speaks, The Crows Did It!

The Future Of F1 Racing In Hathian?